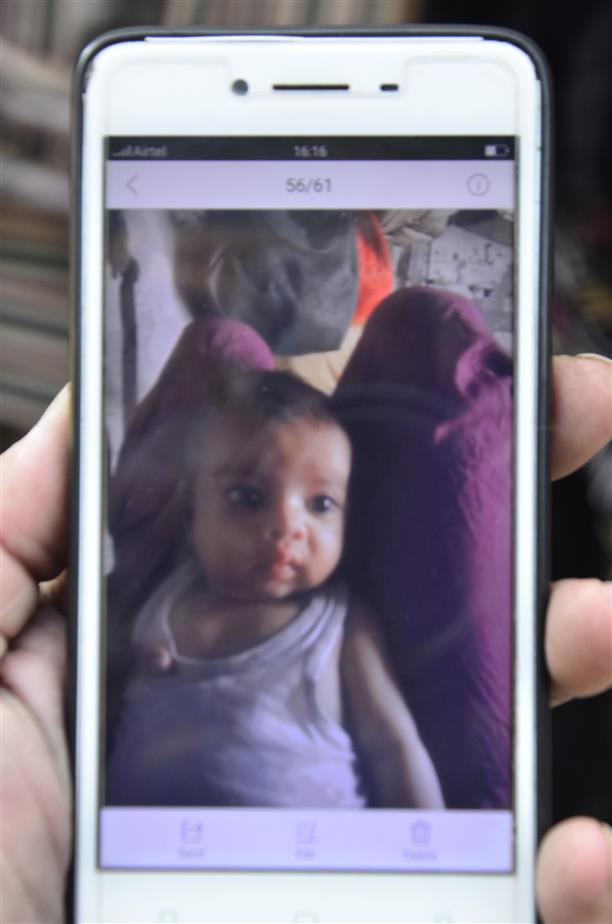 A three-month-old child was allegedly abducted by three motorcycle-borne persons outside his house on the Dhandra road in Dugri this morning. The suspects forcibly took away the child from the mother’s lap. They fled the spot after locking the woman inside a room.

After the incident, JCP (City) Narinder Bhargav, along with other senior police officials, reached the spot and started a probe.

The boy’s parents are migrants from Uttar Pradesh.

Sajan, the child’s father, said he was a cot weaver and he visits houses to get orders. This morning when he was away from home for work, he got a call from his wife Neha who informed him that their son was kidnapped by three motorcycle-bornepersons. She also tried to chase them but they fled towards the newly constructed bypass.

“I was standing outside our rented room when three persons came and took away my son Nihal. When I raised alarm, the suspects locked me inside the room and fled with the child,” the boy’s mother said.

Commissioner of Police Kaustubh Sharma said the CCTV footage of the suspects carrying the child was also recovered and efforts were on to trace the boy.

Sharma said the preliminary probe suggested that kidnapping for ransom might not be the cause of kidnapping as the victim’s family belongs to the low income group. Officials said the family had some dispute with their relatives and it could be possible that they might have kidnapped the child to settle scores. The police are already verifying the role of some relatives.

After the incident, the police had sounded alert in the city. Officials were on their toes to save the child from the abductors.