A fence that doesn’t close in 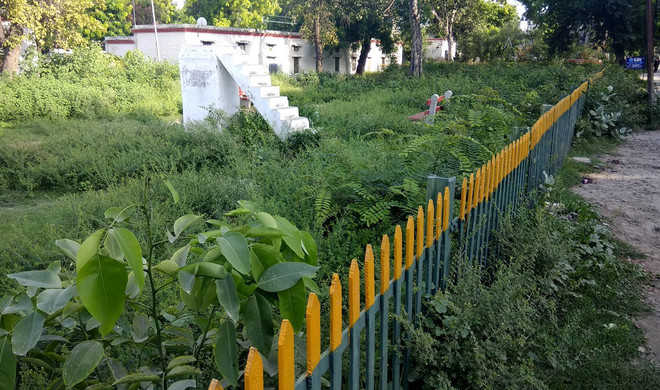 Winding down the narrow roads to reach my parents’ home is never an easy task. The bumpy, unkempt road created friction to desist me from reaching my destination. The winter sun and abundant nature around was the only solace. As we drove up the treacherous hill slope, we felt a need to refresh ourselves, to soak some sun and breathe in fresh air, a prized possession for city dwellers. We halted on a cliff side and took out our thermos of green tea and homemade sandwiches. The corona times have brought the picnic culture back to families. My son, oblivious to the Covid monster, started to kick pebbles and run around the open grassland to revel in the company of nature, and we, the couple, started munching and sipping.

As we were sitting by the roadside discussing things, we saw a couple coming up the hillside, heading towards the slate-roofed home just around the corner of the road. The man, probably in his seventies, wore a thick woollen coat. I observed that he was leading, as the lady walked behind him. This ordinary village scene ignited a desire within me, where I longed for my retired life narrowed to such a simple, natural bliss in the company of nature. Our eyes kept following the couple to see them reach their abode.

The man stood before his house entrance, fiddling with the keys. His old, accustomed hands were efficient enough to find the right one from the bunch; surely, he was the master of the house. He tried to open the latch of the vintage door with a jolt, trying to open the door for the lady. To my surprise, she was in no mood to enter the house. Maybe, today was the day when she had decided something else, late for her age, but not the least for her wisdom. Still pondering, she kept aside from the house and the man. The man looked back at her expectantly, for she was following him till now, but no more so. Both looked at each other, and then raised their hands as if to say a final goodbye. She waved and turned towards the other direction, and started to tread a path which led to a new home, not very different from this one. This was her home, the place where she lived with her family and husband. The man she had been following up till now was her neighbour.

This mix-up in my mind amused me. I laughed at my folly. Then, on second thoughts, I realised that shouldn't we all be neighbours to one another? In our relations, don’t we try to infringe on each other’s space? ‘Good fences make good neighbours’ is not just an abstract idea, but wisdom to be applied in practice. Human relations would be so very benign, if we all learn to be neighbours to one another, marking a fence of dignity around us and living in harmony.