Even in these moments, the boy remembered how in such situations only the police could be trusted, and after roaming around the Red Fort area for a while, spotted a mobile police control room van 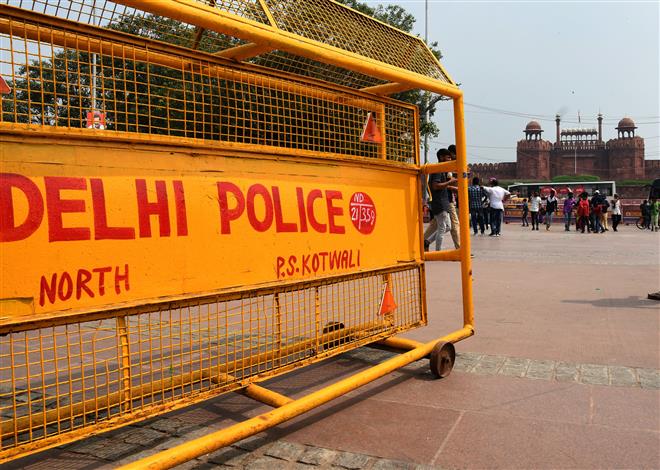 Keen to see Delhi, especially its historic monuments, a 12-year-old boy cycled 26 km from his home in Uttam Nagar to reach the Red Fort, only to later realise that he had forgotten his way back home.

Lost in the bustling Old Delhi area, the boy, terrified as the sun set, looked for help and hoped somebody would guide him back to Nawada in Uttam Nagar in the western part of the national capital.

However, even in these moments, the 12-year-old remembered how in such situations only the police could be trusted, and after roaming around the Red Fort area for a while, spotted a mobile police control room (PCR) van.

The boy was terrified when he reached the PCR van, police officials said as they narrated the November 23 incident.

Personnel calmed him down and asked him where he lived. Though he gave vague directions, he could not remember the exact route back home, a senior official said, adding that he did mention the Uttam Nagar Metro Station.

Police did not reveal the boy’s name as he is a minor.

The boy left his house after noon and reached the Red Fort in the evening. It was already dark and after being around the monument for some time, while returning he got lost, the officials said.

They said the Kotwali Station House Officer reached the spot where the PCR van was station and took the boy to the Kotwali Police Station.

Though the boy had heard about the Red Fort, he never imagined he would reach it, the officials said.

Constable Vinay Vasla was tasked to safely drop the boy back to his home, they said, adding that the boy told police that he could guide them to Nawada from the Uttam Nagar Metro Station.

The boy was taken home and reunited with his anxiously waiting family members, the officials.

“He said he can identify the route to his house after reaching Uttam Nagar Metro Station. When we reached there, he said there was a government school beside his house. We followed his instructions and finally reached his house,” said Valsa said.

His father said even last month, he just took his cycle and went away, and a missing report was lodged, the police officer said.

The boy’s father said if had not returned home by night, this time, another missing report would have been lodged, Valsa said.

Police officials said that the boy lives in a rented accommodation at Nawada village with his grandparents and father, who is a painter. PTI