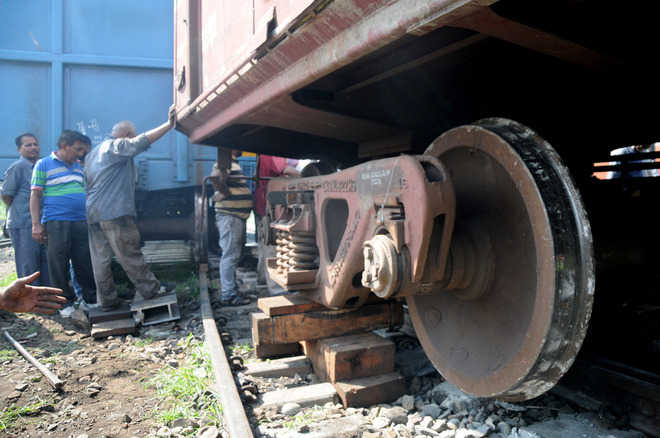 Two bogies of a train which was on its way to Jaynagar from Amritsar derailed in Lucknow on Monday morning, a railway official said.

No casualty had been reported in the incident and the 4674 Shahid Express had left for its onward journey, Senior Divisional Commercial Manager Jagtosh Shukla said.

The incident took place around 8 am when the train left Platform No. 1 at the Charbagh railway station and two of its bogies derailed, Northern Railway DRM Sanjay Tripathi said.

Among the derailed bogies, one was an AC three tier and another sleeper, and a total of 130 passengers were travelling in them, the DRM said.

The passengers of the derailed bogies were shifted to other compartments and the train left for onward journey around 10.25 am, DRM said.

A three-member inquiry committee had been constituted to look into the matter and it had been asked to submit its report in seven days, he said, adding that the derailed bogies were removed from the track and the normal train movement was restored by 11 am.

SP (Railway Police) Soumitra Yadav said that the incident took place just when the train had moved from the platform and its speed was only around five to seven kmph.

According to railway sources, there was some commotion in the derailed bogies with the passengers raising an alarm but senior officers reached the spot and the situation was controlled. PTI

We expect China to work towards disengagement in remaining areas: India on Ladakh standoff

The two sides attempt to cool tensions as US plans Quad summ...