Agreement was on paper, J&K is in our hearts: Amit Shah to NC MP Hasnain Masoodi

Home Minister presents an account of development works done in J&K in last two years, urges Opposition to rise above party politics to ensure welfare of Jammu and Kashmir 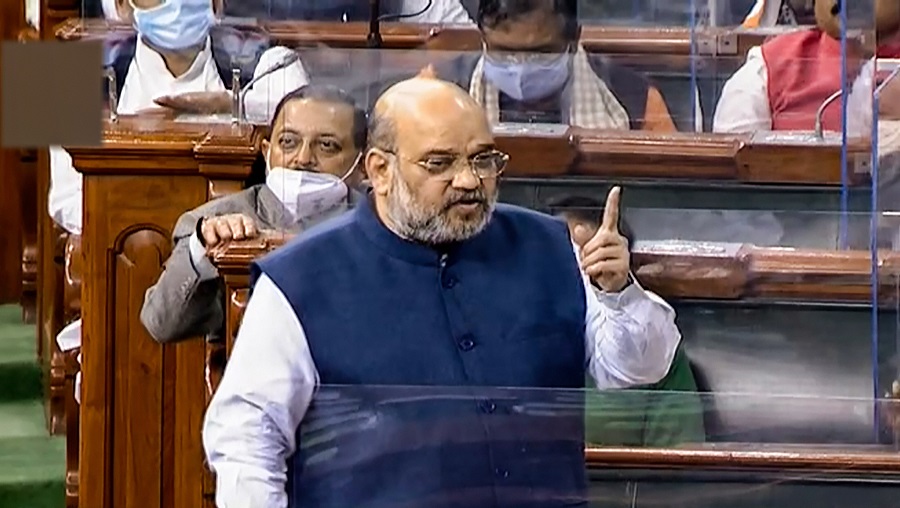 Home Minister Amit Shah on Saturday appealed to the Opposition not to view Jammu and Kashmir from a political prism and rise above partisan politics to ensure the development of the sensitive border state.

The Congress was quick to hammer the point with party MP Ravneet SIngh Bittu saying, "We always knew that the Narendra Modi government does not work on laws. Demonetization had revealed that amply."

In the Lok Sabha on Saturday, Shah repeatedly assured the people of J&K of full support of the Central government.

Also read: J-K to get status of a state at appropriate time, Amit Shah says in Lok Sabha

When National Conference MP Hasnain Masoodi told Shah that the abrogation of Article 370 and Article 35-A was a betrayal of the Centre's agreement with the erstwhile state of J&K, Shah said, "Mr Masoodi, agreements are on papers. J&K is in our hearts."

Repeatedly attacking three families – including Abdullahs and Muftis – for the lack of development affairs in J&K, Shah said, "These families were showing the toy of Articles 370 and 35-A to the people of Kashmir and did nothing in the name of development.”

“We have executed a host of development workers in 17 months since Article 370 was scrapped. By 2022, as many as 25,000 JK youths will get government jobs, piped water will reach all households, all villages will have been electrified and road connectivity completed across the UT."

Facing off with Congress' Manish Tewari, who said 60 per cent of Jammu's industry had closed during the last two years, Shah said, "Please do not put the accounts of 18 years in two years."

Traffic diversions in Chandigarh today in wake of ‘Bharat Bandh’