The crash takes place in the fields adjoining a village under Bodh Gaya block, when the pilots try to make an emergency landing 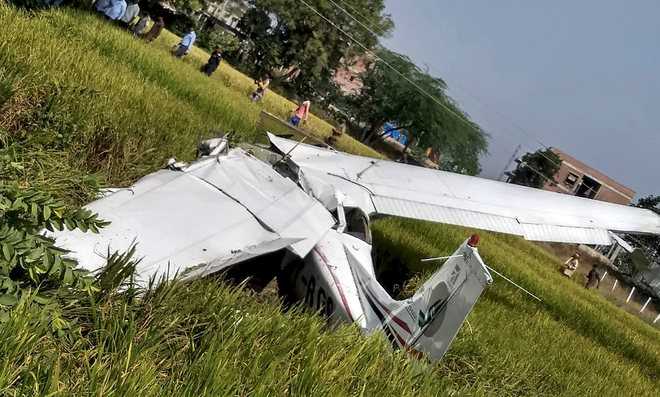 An aircraft of the Indian Army's Officers' Training Academy here, with two trainee pilots on board, crashed on Friday shortly after take-off, a senior official said.

According to Bangajeet Saha, the Director of Gaya International Airport, both pilots are safe.

He said the crash took place in the fields adjoining a village under Bodh Gaya block, when the pilots tried to make an emergency landing.

Villagers noticed the trainer aircraft falling down, rushed to the spot and pulled the cadets out.

They were taken away by Army personnel who arrived soon afterwards. Debris of the crashed plane was also collected by them.

"The nature of the technical fault that might have caused the crash will be known only upon examination by experts,” the airport director said.