Govt admits to turbulence, but denies reports that they are in trouble 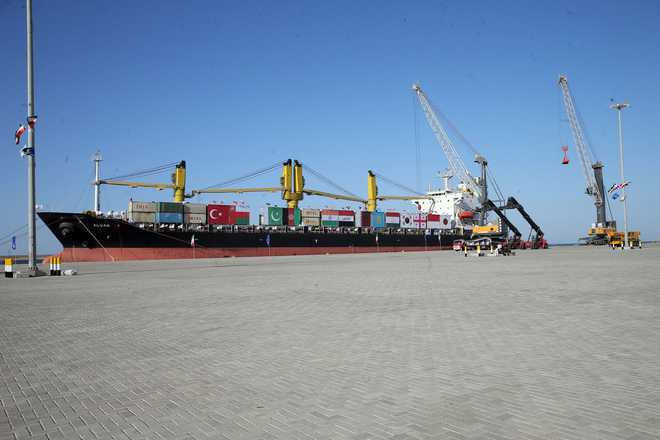 India on Thursday admitted that its two strategic projects in Iran were facing turbulence but denied reports that they are in trouble. But the Chabahar port being operated by India is functional and plans are under way to increase the usage of Chabahar Port, both for Afghanistan and Central Asia.

India and Iran had held their last meeting on a railway line from Iran’s Chabahar port to the Afghan border over seven months back during which financial issues dominated, especially against the backdrop of tough sanctions imposed on Iran by the US. Since then New Delhi has been waiting to hear from Tehran on some of its technical queries, said the Ministry of External Affairs (MEA).

However, Iran says it started work earlier this month on the rail project which India had signed on as would have provided Afghanistan its only access to the Indian Ocean that bypasses Pakistan. At the same time, Iran has said the door remains open to IRCON to join the project later.

The MEA indicated that India was still interested in the proposed railway line. IRCON was working with an Iranian company and had completed the site inspection and review of the feasibility report. Detailed discussions were thereafter held on other relevant aspects of the project, which had to take into account the “financial challenges” that Iran was facing.

In December 2019, these issues were reviewed in detail and Iranian side was to nominate an authorised entity to finalise outstanding technical and financial issues. “This is still awaited,” said the MEA spokesperson.

India has also not given up on the Farzad-B Gas field negotiations in which ONGC was involved in the discovery stage. The MEA said follow-up bilateral cooperation was however impacted by policy changes on the Iranian side. In January, India was informed that in the immediate future, Iran would develop the field on its own and would like to involve India appropriately at a later stage. “This matter remains under discussion,” said the spokesperson.

The fulcrum of the railway line project – the Chabahar Port – remains functional despite the difficulties posed by the sanctions. Operations have been scaled up and 52 vessels were handled in the last 12 months alone. The port being developed and operated by India handled 12 lakh tonnes of bulk cargo and 8,200 containers.