Bhushan has already paid the fine and challenged the conviction verdict 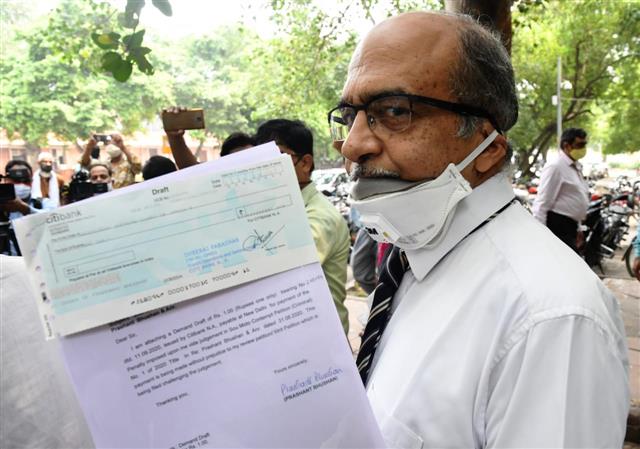 Prashant Bhushan shows the draft of Re 1 fine. PTI file

Activist-lawyer Prashant Bhushan on Thursday filed a petition seeking review of the August 31 Supreme Court verdict, which slapped a fine of Re 1 on him, failing which he would have been sentenced to three-month imprisonment and debarred from practice in the Apex Court.

Bhushan has already paid the fine and challenged the conviction verdict.

While paying the fine imposed on him for criminal contempt of court, Bhushan had last month said: “I don’t accept the verdict.”

A three-judge Bench headed by Justice Arun Mishra — which had held Bhushan guilty of contempt of court on August 14 for scandalising the Judiciary by his tweets against CJI SA Bobde and four former CJIs — took strong exception to the contemnor talking to the press and releasing his statement to journalists in advance.