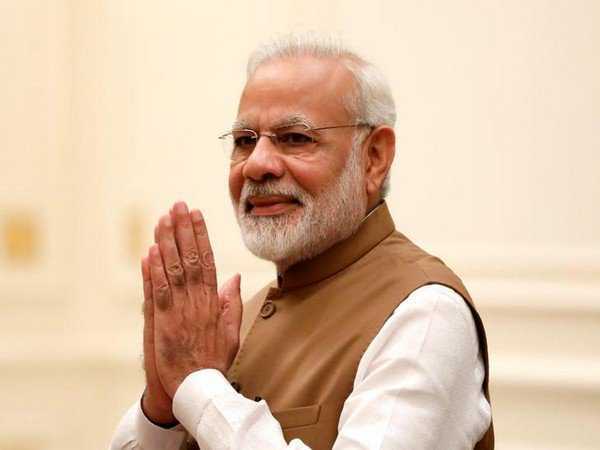 Vladimir #Putin congratulated @NarendraModi on his 70th anniversary: From the bottom of my heart, I wish you good health, happiness, well-being and every success ➡️ https://t.co/q6aH9AFcb5 pic.twitter.com/8f3Ba7Uq6p

German Chancellor Angela Merkel greeted Modi and noted that they have succeeded in consolidating further the traditionally good relations between Germany and India for the benefit of the peoples of the two countries.

"Prime Minister Narendra Modi Ji congratulations on your birthday and best wishes. You have presented an ideal in showing commitment to India's life values and democratic traditions. My compliments and prayers that the almighty keeps you healthy and joyous always, and the country keeps getting your valuable services," Kovind tweeted in Hindi.

Wishing Prime Minister Narendra Modi on his birthday, top BJP leaders said India's stature rose on the world stage under his leadership and his life dedicated to the welfare of nation is an inspiration for them.

In a series of tweets, BJP president JP Nadda wished Modi, saying that under his leadership India moved swiftly on the path of progress and raised its stature at the world stage.

Modi's life is dedicated to nation building and he is an inspiration for all party workers, Nadda said.

Echoing similar sentiments, Home Minister Amit Shah hailed Modi as most popular leader of the country and said he connected deprived sections of the society with mainstream of development.

Shah said Modi has dedicated his entire life for the welfare of the country and is laying down a foundation of strong and self-reliant India.

"He has been working assiduously towards empowering the poor and marginalised. Praying for his good health and long life," Singh said.

The ruling BJP celebrates Modi's birthday as 'Sewa Diwas' and organises public welfare activities across the country for a week.

Wishes poured in from across the world for Modi who turned 70 on Thursday.

Dattatreya said the Prime Minister's vision, untiring effort and strong leadership has helped India scale new heights and the nation is bound to attain its past glory.

Wishing a long and healthy life, Dattatraya said the efforts and determination of the Prime Minister to make India a self-reliant and world power "is an inspiration for us".

The Chief Minister in a statement said the nation is fortunate to have Narendra Modi as Prime Minister to guide this nation on the path of progress and prosperity.

"Warm greetings to Prime Minister Shri @narendramodi ji on the  auspicious occasion of your birthday. I wish you good health and happiness. We will continue working closely together to further strengthen relations between our two countries," Oli tweeted.

Oli held a telephonic conversation with Modi on India's 74th Independence Day on August 15, in the first high-level contact after the bilateral relations between the two countries came under strain following issuance of a new political map by the Himalayan nation in May.