Two victims' families to get Rs 4 crore each, Rs 2 crore to be given to boat's owner 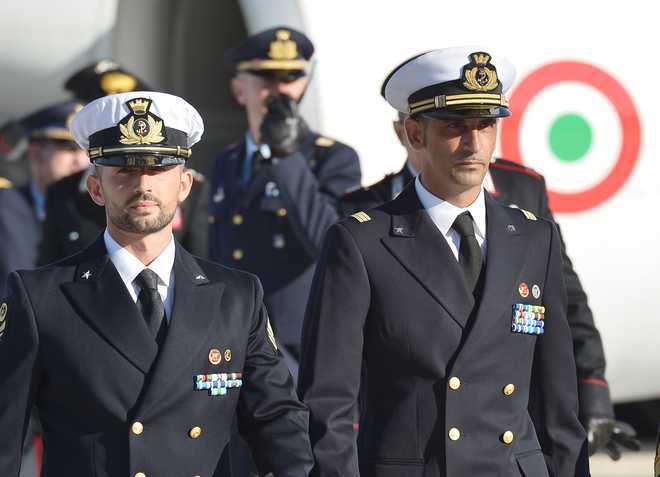 Italy to prosecute the marines for killing Indian fishermen in February 2012.

More than nine years after two Italian Marines killed two fishermen off the coast in Kerala, the Supreme Court on Tuesday closed all proceedings in connection with murder case they faced in India.

A Bench of Justice Indira Banerjee and Justice MR Shah said the compensation of Rs 10 crore paid by the Italian government over and above payments already made was adequate.

The compensation amount of Rs 10 crore will be given to kin of two deceased fishermen -- Rs 4 cr each -- and the owner of the boat St Antony will get Rs 2 crore, it added.

Now Italy must immediately start criminal proceedings against the two marines Massimilano Latorre and Salvatore Gironde under its jurisdiction, it said.

The case details along with evidence will be provided by the Centre and the Kerala governments to Italy, it said.

The order follows the Centre's decision to accept the award of an arbitration tribunal under UNCLOS which said Italy had the jurisdiction to prosecute the marines.

"We are satisfied with the compensation and the ex-gratia paid over and above earlier. This is a fit case to close all proceedings in India," the top court said using its powers under Article 142.

The Marines were on board Italian-flagged commercial oil tanker MV Enrica Lexie when they allegedly fired at two Indian fishermen off the Kerala coast on February 15, 2012 in India's Exclusive Economic Zone (EEZ).

The Supreme Court had in 2014 stayed the criminal proceedings against the two Italian marines before a Special Court at Kollam in Kerala.

In 2015, it halted all proceedings before courts in India in view of an ITLOS (International Tribunal for the Law of the Sea) order calling upon India and Italy to suspend all criminal proceedings against the two duo.

The Hague-based tribunal on July 2 last year ruled that the two marines should be tried in Italy and asked the Indian authorities to close the criminal case against them.

The tribunal, however, had agreed with India's contention that the Italian marines broke the freedom of navigation aspect of UNCLOS and, therefore, the killed fishermen's kin were entitled to compensation.

A day after an International tribunal ruled that India didn't have jurisdiction to try two Italian marines accused of killing two Indian fishermen in Kerala, the Centre had on July 3, 2020 moved the Supreme Court seeking disposal of the case pending before it.

The Centre said it had accepted the award of the Permanent Court of Arbitration under the UN Convention on the Law of the Sea (UNCLOS).