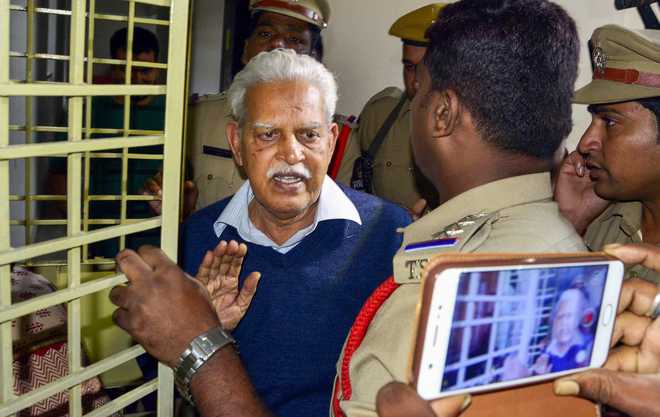 Telugu poet Varavara Rao, who was arrested from Hyderabad for his role in the Elgar Parishad and has been lodged in Navi Mumbai’s Taloja jail for the past two years, has tested positive for coronavirus.

The 81-year-old has been shifted to Mumbai’s JJ Hospital for treatment.

Rao’s family, which resides in Hyderabad, said that his condition was serious and he should be released on bail.

However, JJ Hospital dean Dr Ranjeet Mankeshwar in a statement said: “He (Varavara Rao) is not showing any signs of COVID. He is stable and will be shifted to another hospital as we are a non-COVID hospital.”

Rao was admitted to the hospital on July 13 after he complained of giddiness in the jail.

He had applied for bail in the Sessions Court but his plea was rejected. His appeal against the order is pending in the Bombay High Court and will be taken up on Friday.

The octogenarian’s daughter Pavana said that Rao had been dreaming of his parents’ funeral and told the family that he would not survive long.

The jail authorities kept the family in the dark about his ill health and kept insisting that he was doing fine, she claimed.