Of 257 dairy owners, the civic body has allotted plots to 157 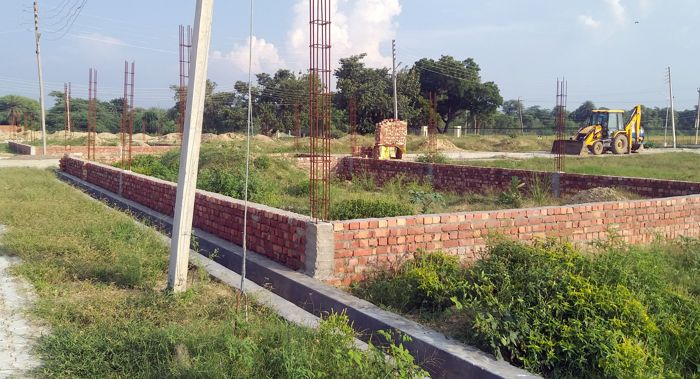 Dairy farm owners will be shifted to a new site in Ablowal village in Patiala. Tribune photo: Rajesh Sachar

Three days before the city’s dairy farmers are supposed to shift to Ablowal village as per the directions of the Municipal Corporation, there is scant construction at the new site. The construction of fodder station, dispensary and STP among other facilities has just been started by the MC.

Officials of the MC said they were holding meetings to decide actions they could initiate against the farmers in case they failed to shift within the given time frame.

As per the Municipal Corporation’s direction to the dairy farmers, they are supposed to shift to the new site by September 30. The corporation had constructed roads, allocated dairy farm sites to farmers recently. In a recent reply to the farmers’ legal notice, the civic body stated that out of 257 dairies that had been operational in the city in 2018 at the time of its survey, it has allotted plots to 157 dairy owners. The others are supposed to shift out of the city at other locations by month end, it said.

Of all the sites, construction has started on mere two-three plots. All other sites are lying vacant.

Meanwhile, the Municipal Corporation’s works on construction of a fodder station, a dispensary for the animals and an STP have also begun.

Municipal Corporation Joint Commissioner Avikesh Gupta when contacted regarding steps being initiated to ensure compliance with the orders said, “We are holding meetings on our end. We have held meetings with the dairy farmers who had gone to court against the decision. We are issuing challans for various other violations by the dairy farmers including disposal of dairy waste in drains and others.”