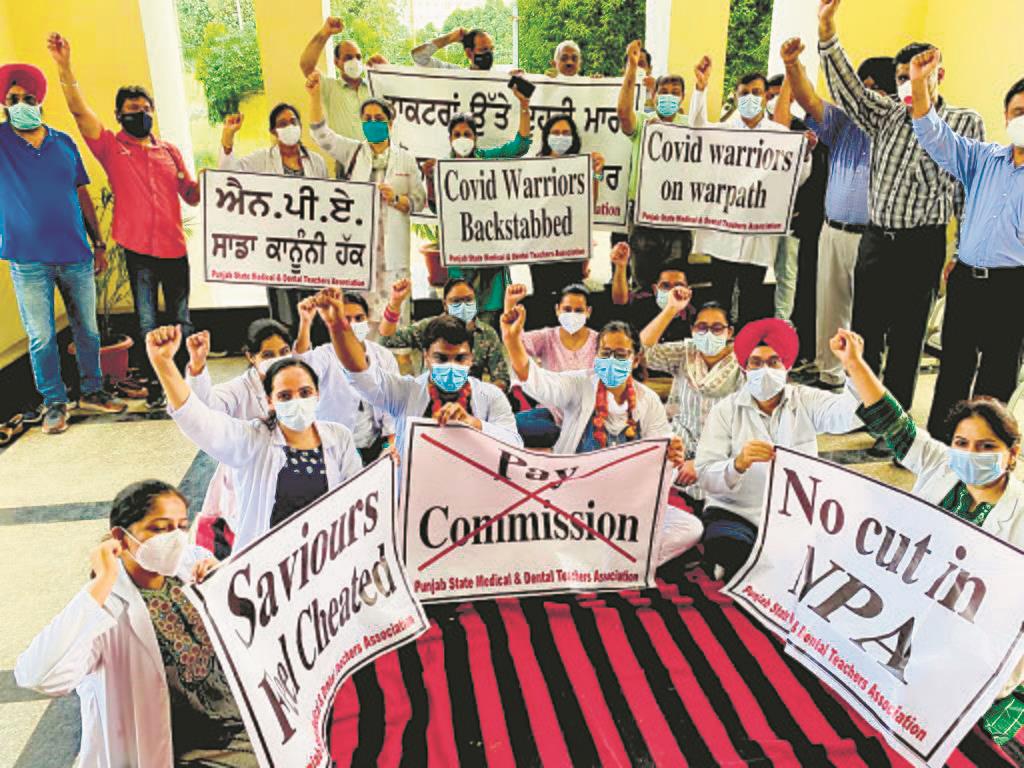 Around 200 medical and dental teachers, along with resident doctors, of Government Medical and Dental College today went on one-day casual leave to protest a cut in non practising allowance (NPA) and de-linking it from the basic pay.

The faculty members staged a sit-in for more than three hours outside the office of the Director Principal of the medical college. The protesters raised slogans against the Punjab Government and the pay commission. The OPD services and elective surgeries at Government Rajindra Hospital remained paralysed for the whole day. The administrative duties and classroom teaching of undergraduate as well as postgraduate medical students also remained suspended.

According to Dr DS Bhullar, state general secretary of PSMDTA, the statewide protest of medical and dental teachers, along with all other government doctors, would continue till all their demands were accepted. Their demands include restoration of NPA to 25 per cent and linking it with the basic pay, as earlier.

Dr DC Sharma, former state chemical examiner, while addressing the faculty members, blamed the mischievous elements in the state bureaucracy for misleading the state government on the NPA.

Doctors of the Punjab Health Department locked the office of the Patiala Civil Surgeon. The doctors, including specialist doctors from different blocks of the district, staged a sit-in outside the office. The administrative work was severely hit due to their protest.