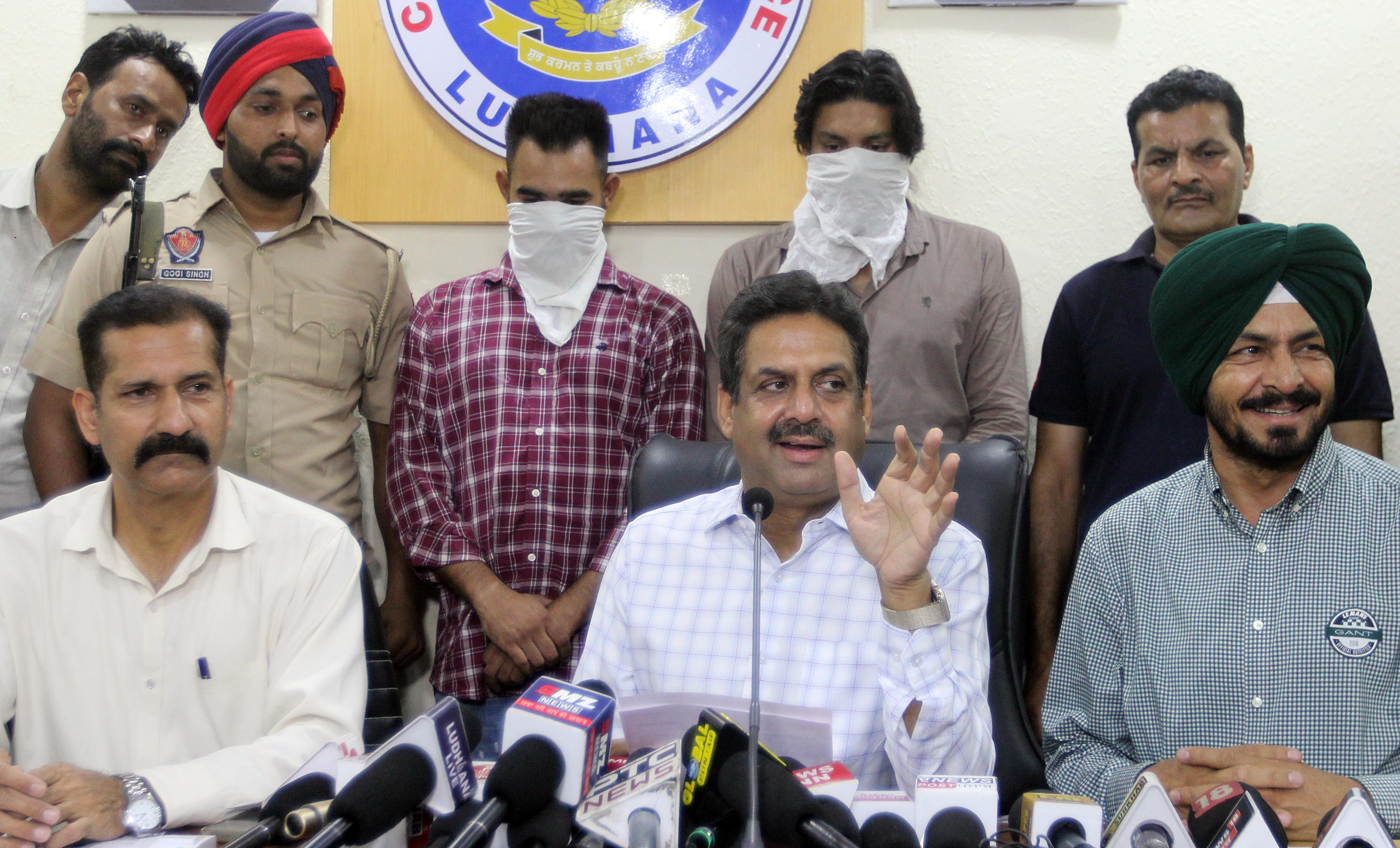 The Special Task Force of the Ludhiana police have arrested two smugglers with 20.8 kg ‘ice’ (crystal methamphetamine), valued at Rs 208 crore in the international market.

This is said to be biggest seizure of the drug since 2012, when contraband worth Rs 200 crore was seized by the Punjab Police.

This is perhaps the biggest seizure of ‘ice’ since 2012, when contraband worth Rs 200 crore was seized

‘Ice’ (crystal meth) is being mainly supplied by smugglers to clients in Punjab, who further use it in parties

Kingpin Vishal allegedly used to provide client’s photo and location for delivery to his couriers, said the police

AIG STF Snehdeep Sharma and STF’s Ludhiana incharge Inspector Harbans Singh at a press conference said the suspects had been identified as Harpreet Singh Bobby (40) of Sunet and Arjun (26) of Ambedkar Nagar. The two were working for prime accused Vishal, alias Vinay, of Jawahar Nagar camp.

AIG Sharma said they had received input that Vishal, who was into the ‘ice’ smuggling trade for a long time, had employed Harpreet and Arjun as couriers for the supply of drug to clients.

Yesterday, the two were on their way to supply the drug to a client on a motorcycle in BRS Nagar. Inspector Harbans Singh set up a checkpoint and intercepted them. “Initially 2 kg ice was recovered from them. On their disclosure, a raid was conducted on Vishal’s residence, from where 18.8 kg more ‘ice’ was recovered,” he said.

Harpreet was a driver by profession and had come out on bail in April in a drugs case. Arjun, too, was a driver. Both had allegedly started delivering ‘ice’ to Vishal’s clients, in lieu of which they were getting handsome money.

Asked whether the recovered drug was manufactured in Punjab, Inspector Harbans said it would be too early to say as the key accused was yet to be arrested. Vishal used to frequent Jammu and Kashmir, Delhi and other states and it could be possible he was in touch with smugglers there, he added.