Farmers from across Punjab will be invited to participate in the event, says party MP Bhagwant Mann 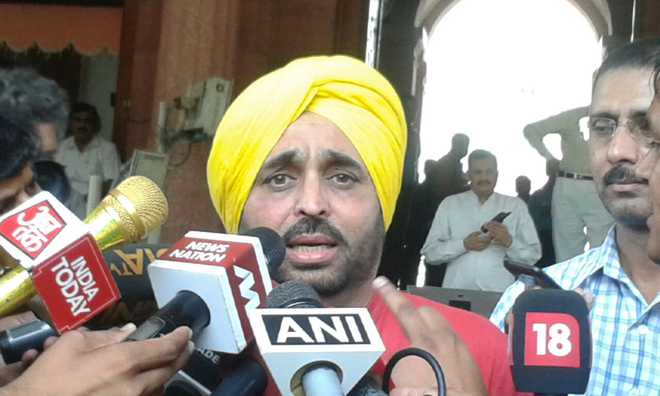 Punjab’s main opposition party AAP on Monday said it would organise a ‘Kisan Mahasammelan’ in Moga district on March 21 in support of the ongoing farmers’ agitation against the Centre’s contentious agri laws.

Party’s national convenor and Delhi Chief Minister Arvind Kejriwal will be invited to attend the event, it said.

Thousands of farmers, mostly from Punjab, Haryana and western Uttar Pradesh, have been camping at Delhi’s border points for nearly three months to press for the repeal of the three agri laws enacted in September last year and a legal guarantee on the minimum support price (MSP).

“The AAP has decided to hold a ‘Kisan Maha Sammelan’ at Bagha Purana in Moga on March 21 in order to further strengthen the ongoing farmers’ agitation,” party MP Bhagwant Mann said.

He said farmers from across Punjab will be invited to participate in the event.

“We want Delhi CM Arvind Kejriwal to take part in this ‘mahasammelan’,” he added.

The Aam Aadmi Party has been vocal about its support for the farmers’ agitation. Kejriwal is set to address a ‘Kisan Mahapanchayat’ in Uttar Pradesh’s Meerut on February 28 in support of the protest.

The government has said the new farm laws will benefit farmers by freeing them from the clutches of the middlemen and ushering in new technology in the sector.

However, farmers say these legislations will remove the safety net of MSP and leave them at the mercy of big corporates. PTI