20 for incomplete papers, 6 for evading tax 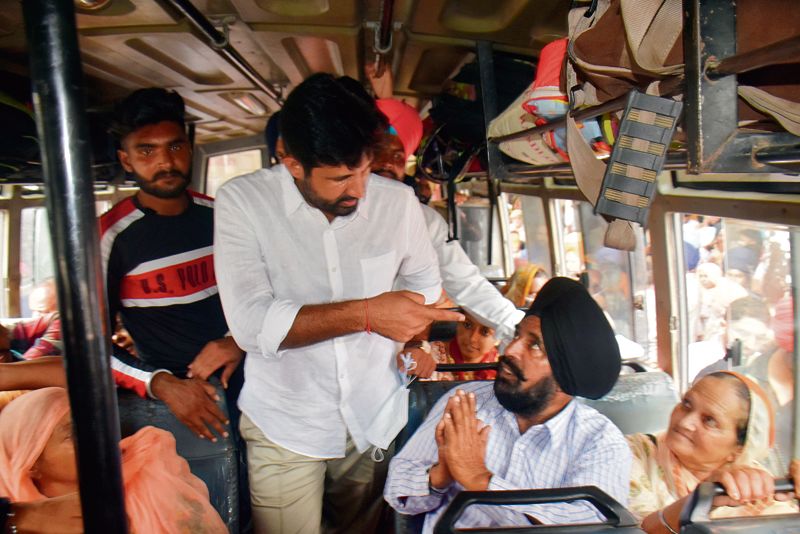 Amrinder Singh Raja Warring on a local bus in Amritsar.

Transport Minister Amrinder Singh Raja Warring on Sunday visited Shaheed Madan Lal Dhingra ISBT, Amritsar, and City Center, where most of passenger buses were parked illegally. On his instructions, officers of the department impounded 20 unauthorised buses of private operators, including one bus of the Orbit Aviation, due to incomplete documents, in and around the ISBT premises.

He claimed that PUNBUS and PEPSU were earning profit of Rs 40 lakh per day after the strictness against illegal and unauthorised private buses and bus mafia. “I am trying to increase daily income of the department by Rs 1 crore.”

Interacting with the passengers at the bus stand and in buses, Warring said as many as 842 new buses would be added to the fleet of the government buses so as to provide better facilities to the passengers of the state.

Meanwhile, the Transport Department impounded six private buses, including two of New Deep Transport and one of Orbit Transport, in Muktsar town for reportedly not paying the road tax. Notably, these transport companies are owned by Akalis.

The other buses impounded belonged to Fateh Transport, Hargobind Transport and Sagar Transport. A Transport Department official from Faridkot, who had come to Muktsar today, told the media that the action was taken against the buses for not paying the road tax.

This is the first such action taken against the private bus operators in the district after Amrinder Singh Raja Warring took over as the Transport Minister.