Interestingly, women participation in the farmer protests is a relatively new phenomenon 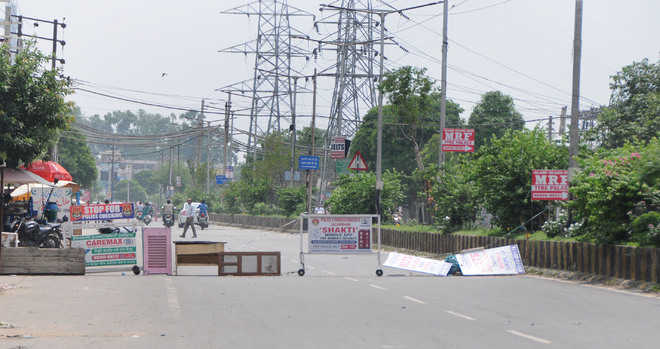 Farmer organisations in Punjab are getting widespread support across the social spectrum, in their agitation against the Farm Bills passed by the Parliament, as they ready for a complete “Punjab Bandh” on Friday.

Having refused help from the political parties, and insisting on keeping their movement—in a historic move—all 31 farmer organisations in Punjab have joined hands to ensure their band call is a success.

Even as the representatives of these farmer organisations met at Moga on Wednesday to finalise their strategy post the September 25 band, they are busy mobilising their own block level workers, and strategising the joint protest by workers of all 31 farmer organisations.

Jagmohan Singh Patiala, member of All India Kisan Sangharsh Coordination Committee, is leading the protests. He is responsible for the farmer unity in these protests. He says, that the angst among farmers against the government over these “kaale kanoon” has never been so visible.

“Young computer-savvy children of farmers are busy spreading the word on social media and countering all false propaganda unleashed by the IT cell of those parties which have agreed to enact these Bills. Young girls are stitching banners and flags for the bandh; while our foot soldiers are moving door-to-door asking maximum people to join the stir,” he said.

Echoing similar enthusiasm, Dr Darshan Pal of Krantikari Kisan Union, said, that the traders' organisations have assured them of complete bandha of markets as having the dairy farmer unions, assuring that there would be no milk supply across the state on Friday.

In the run-up to the main protest on Friday, small protest marches are being held in villages, where farmers are burning the effigies of Central government.

“It is a fight for our survival, as the government wants to wash off its hands from good procurement and leave farmers at the mercy of corporates. We will give all we have to oppose this, without taking any support from the opportunist political parties. We won’t allow them to launch their political tirades from our platforms,” said Balbir Singh Rajewal, President of BKU ( Rajewal).

In Ludhiana, BKU ( Lakhowal) and BKU (Rajewal) are leaving no stone unturned to ensure the success of their bandh.

Harinder Singh Lakhowal, general secretary of BKU (Lakhowal), told The Tribune, that for past three days he is coordinating with the workers of the other 30 Unions on places where they have to stage dharna and protests.

Interestingly, women participation in farmer protests, too, is a relatively new phenomenon.

In Barnala district, for the first time, women wings of the Bhartiya Kisan Union (Dakaunda) have been formed in six villages as more and more women express their solidarity with the protesting Male farmers. Amarjit Kaur, who has been appointed the president of Women Wing of BKU( Dakaunda), said that the otherwise male-dominated 'Kisan Unions' realised, that women too are a big force for effective protests, after seeing women participation in the September 14 protests, where 15,000 women were there.

“We are as much a part of the rural farm economy as men, and as much affected by these ordinances. Women will be stationed on railway lines and major traffic intersections on state and national highways on Friday, to ensure a complete bandh,” she said.