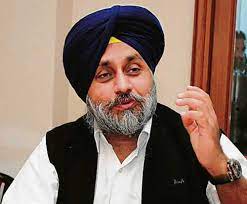 CM Charanjit Singh Channi was a Cabinet minister in the Capt Amarinder Singh government when the Scheduled Caste student scholarship scam came to light, he said.

On the eviction of Sikh families in Shilling, he said the SAD would not allow them go homeless. Meanwhile, former minister Balbir Singh Miani returned to the SAD fold. He along with colleagues joined the party in Sukhbir’s presence. During the last Assembly elections, Miani had quit the SAD to join the Congress. — OC