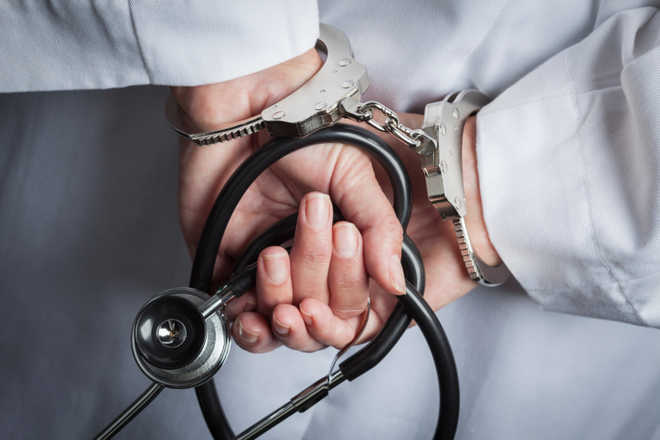 The Sadar police have reinitiated probe into a first-of-its-kind mobile scan centre that has been affecting the gender ratio of Punjab and Haryana by conducting sex determination tests by the road.

While a tout of the scan centre was nabbed by a joint team of senior functionaries of the Health and Family Welfare Departments of Punjab and Haryana, the kingpin of the gang succeeded in giving the cops the slip.

The arrested accused had also fled from the police custody following which two cops, Gupreet Kaur and Sukhwinder Singh, were booked for facilitating her escape. The accused, identified as Kamaljit Kaur of Maholi Khurd, has now been arrested again, hence the probe reinitiated.

Investigations revealed that the authorities at Hisar in Haryana had observed that organisers of a mobile scan centre of Ahmedgarh had been upsetting their ‘Save the Girl’ campaign by conducting sex-determination tests of expectant mothers through a network of touts.

A team of Hisar health authorities led by Deputy Civil Surgeon Dr Anamika Bishnoi persuaded a decoy customer who contacted Kamaljit Kaur on the phone to get the test done for Rs 25,000.

An FIR was registered on the statement of Civil Surgeon Dr Raj Kumar. Accused Kamaljit Kaur had taken the decoy customer to a Verna car on her bike and received Rs 25,000, which was paid to the driver of the car-cum-operator of the scanner. The co-accused, yet to be identified, took the decoy customer to Sangrur and conducted her test after parking the car by the road. The gender of the foetus was told to the woman.