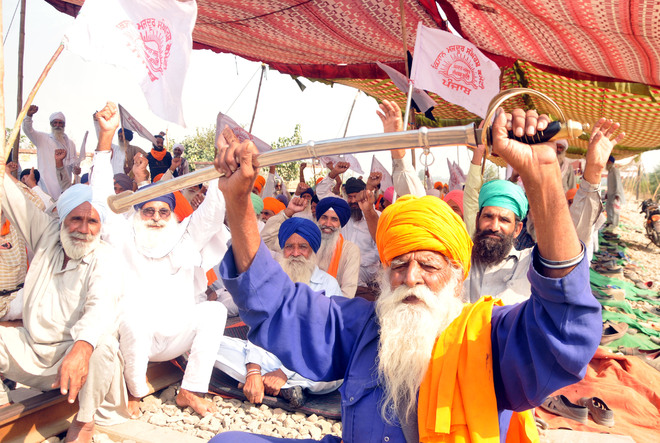 Nearly a month-long ‘rail roko’ by farmers over the new farm laws has obstructed the coal supply to the state-owned and private thermal plants hence severely affecting power production in Punjab.

With the deadlock between the agitating farmers and government continuing, resumption of goods and passenger trains looks a remote possibility. However, the only saving grace is the drop in the demand for electricity from the agriculture and domestic sectors.

With the total demand dropping to around 6,200 MW today, the power generation from the state’s own sources stood at just about 1,700 MW, including 740 MW from the state-owned and private thermal plants, 450 MW from the hydel projects and 500 MW from renewable energy sources. “The state is drawing nearly 2,000 MW from the Central pool from its allocation. The remaining demand is being met by purchasing power,” said DIS Grewal, Director Distribution, PSPCL.

He said of the three state-owned thermal power plants, one unit each was operational at Ropar and Lehra Mohabbat, providing nearly 430 MW power. Among the three private thermal plants at Rajpura, Talwandi Sabo and Goindwal, only one unit at Rajpura is generating some 335 MW power.

“We have directed the thermal plants to use coal judiciously since the state can’t afford to shut all thermal power plants as it can create a crisis-like situation,” Grewal said. Sources said private players and middlemen in the power purchase sector were also making the most of the situation as suddenly the rates of electricity purchased from other sources had been jacked up by 25 to 40 paise per unit.

“We are praying for the farmers’ stir to end and for the restoration of rail traffic in the region,” said a senior PSPCL official.