Seven of gang arrested for carjacking in Bathinda : The Tribune India 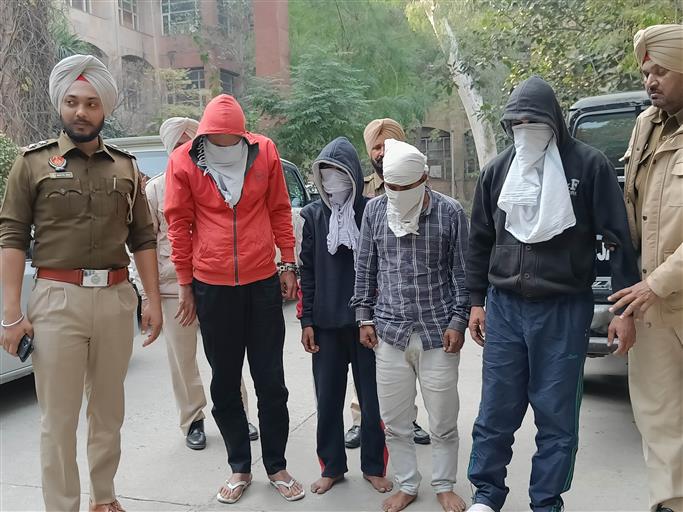 The suspects in the custody of the Bathinda police on Saturday.

The police have arrested seven members of a gang for allegedly looting shopkeepers in the Rampura area in the district. The police recovered illegal weapons and a Creta car forcibly taken away from a businessman.

Addressing a press conference, Bathinda SSP J Elanchezhian and Rampura DSP Ashwant Singh said the police had arrested Manpreet Singh, alias Mani, driver of a businessman of Rampura, Prashotam Kumar, who was absconding after his accomplices forcibly took away a Creta car from the businessman after hitting him on his head with a baseball bat at Royal Estate Colony in Rampura Phul.

The SSP said on a tip-off, they arrested Mani along with his six accomplices. The Creta was recovered. An illegal weapon was seized and three motorcycles were impounded.

The SSP said the suspects robbed a medical and grocery shop operator in Rampura. He said with their arrest, three cases of robbery registered in Rampura had been solved.