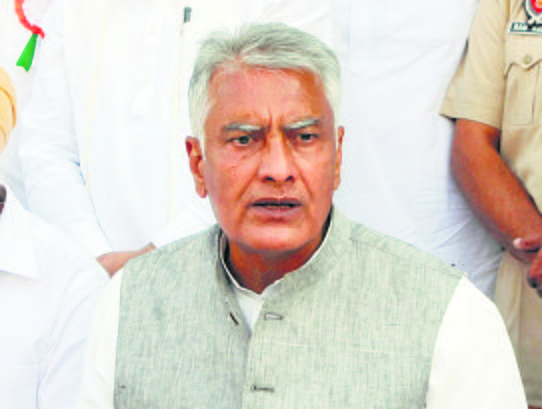 Facing fresh challenge from Aam Aadmi Party national convener Arvind Kerjiwal, who has been regularly touring Punjab, the state Congress is now re-strategising with focus on the Hindu vote bank.

Efforts are on to give a big responsibility to former PCC chief Sunil Jakhar. An announcement is expected soon. — Senior Party Leader

Cautious of AAP chief’s attack on the “real aam aadmi” narrative of Chief Minister Charanjit Singh Channi and his efforts to reach out to the urban voter, the Congress leadership, after playing the Dalit Sikh card by naming Channi as the CM, is now going out all out to woo its Hindu leaders.

“Having worked to bring CM Channi and PCC chief Navjot Singh Sidhu on the same page, efforts are on to give a big responsibility to former PCC chief Sunil Jakhar. An announcement in this regard in expected soon,” confirmed a senior party leader privy to the development.

The party leadership wants to launch its election campaign for the 2022 Assembly elections by projecting the combination of Channi, Sidhu and Jakhar. At this juncture, party leaders do not want to declare Channi or Sidhu as the chief ministerial face as it could lead to fresh trouble.

Only yesterday, CM Channi and the PCC chief along with Punjab affairs incharge Harish Chaudhary were called to Delhi for a meeting with AICC general secretary (organisation) KC Venugopal.

Given the developments over the past few days, the party leadership feels the SAD is also trying to woo Hindu and OBC vote banks. The switching over of Congress’ Hindu leaders to the SAD was an indication in this regard. Chaudhary has already started touring the urban segments in a bid to mollify disgruntled leaders.