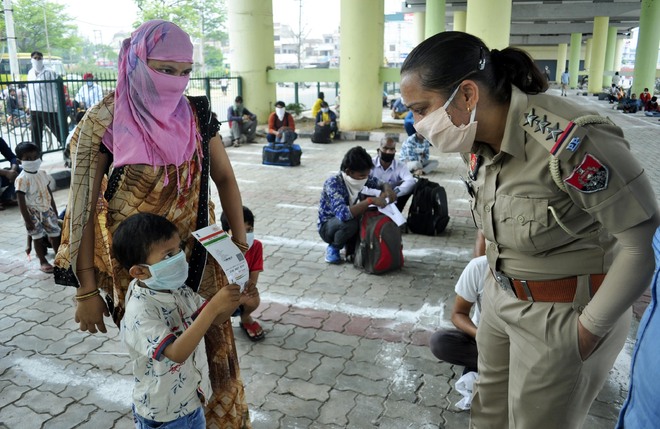 A police official checks the Aadhaar card of a child in Patiala on Wednesday. Rajesh Sachar

With 75 fresh cases reported today, the state count has reached 1,526. With two deaths — one each in Jalandhar and Patiala — confirmed today by the government, the toll has reached 27.

The total number of cases in Moga has reached 56. Most of the patients are pilgrims and their family members who had returned from Nanded in Maharashtra. District health authorities today collected samples of at least 58 people and sent them to the laboratory of Guru Gobind Singh Medical College and Hospital at Faridkot for testing. More than 200 pilgrims who returned from Nanded are presently under observation in various isolation wards here.

In Jalandhar a 30-year-old resident of Qazi Mohalla has become the fifth Covid-19 casualty in the district. The 137th person to test positive is a supervisor of Guru Nanak Mission Hospital in Jalandhar. Notably, the man who tested positive today was sampled as one of the contacts of the Qazi Mohalla man who died at PGI today. At least 90 staff members of the private hospital have been placed under quarantine after their samples were collected by the health authorities. In Patiala, mystery shrouds the death of a 39-year-old Covid-positive resident, who died on Tuesday afternoon. He was declared brought dead at Mata Kaushalya Hospital. After the family members suspected Covid, the Health department collected his samples. The result of the test came out on Wednesday. The department has failed to identify the source of infection of the man. The department said samples of family members had already been taken while contact tracing was underway.

As per the Health Department, so far, samples of 32,060 suspected cases were sent for testing. Of them, 24,303 samples were found negative and reports of 6,231 were still awaited. 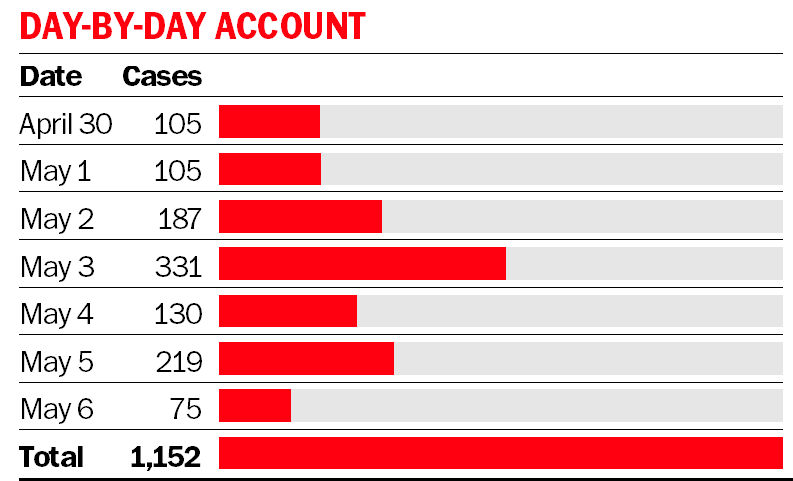