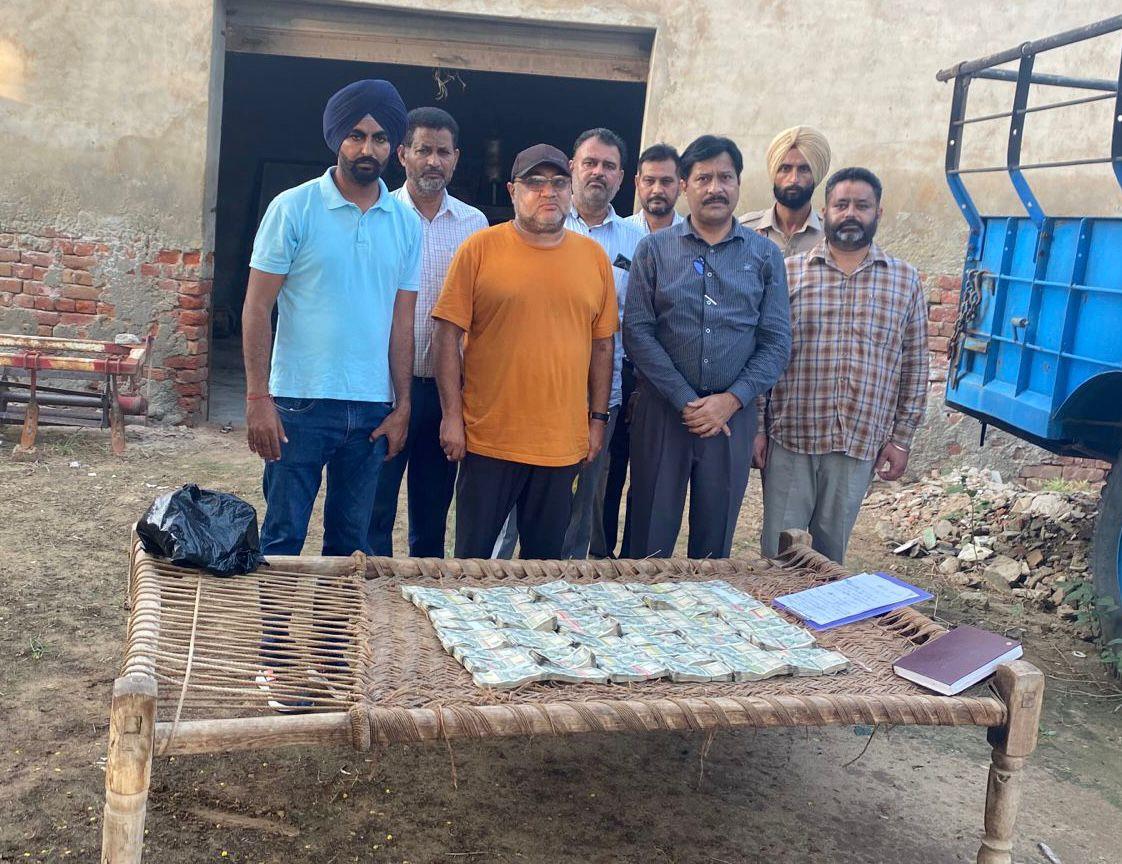 Officials of the Vigilance Bureau with the dismissed Inspector at his in-laws' residence in Muktsar on Sunday. Tribune photo

The recovery was made from the house of Bajwa’s in-laws at Samey Wali village in Muktsar district.

Bajwa was arrested on Thursday from Raipur in Jhalagrah district of Rajasthan during a joint operation of the Rajasthan Police, Punjab Police and VB. On Saturday, a local court had sent Bajwa to four-day police remand.

VB officials said Bhanwar Lal, a resident of Parik Baas in Bikaner district, lodged a police complaint on July 20 that his brother Ashok Joshi, residing at Ludhiana, had dispatched his employee Gautam with taxi driver Kawaljit Singh to get a payment of Rs 86 lakh from Moga.

However, Bajwa along with Assistant Sub-Inspectors Angrej Singh and Rajpal Singh and Head Constable Joginder Singh waylaid the taxi and confiscated the whole amount from the employee of his brother and the taxi driver. The complainant further alleged that in order to misappropriate the amount, the four cops got a false case registered under the NDPS Act while showing a recovery of 1 kg heroin and Rs 5,00,00 cash pertaining to the drug money from Gautam and the driver.

Later, taking swift action on the complaint, the police registered a case against the four police officials and arrested the ASIs and Head Constable from Una in Himachal Pradesh.

VB officials said the case was transferred to the bureau while the accused was on the run. Further investigation in this case is under progress, they added.