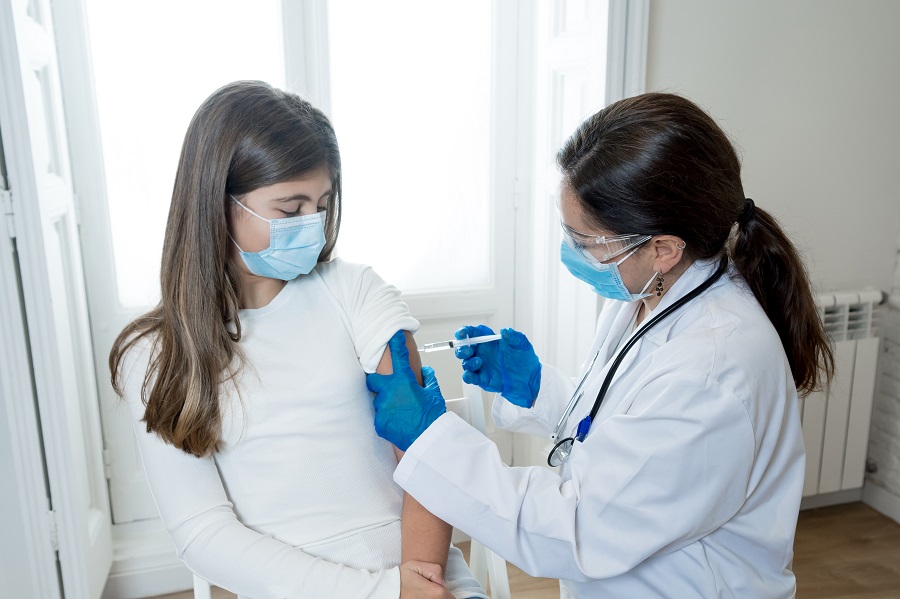 Cambodia on Sunday launched a Covid-19 vaccination drive for adolescents aged from 12 to 17, using the Chinese Sinovac jab.

Prime Minister Hun Sen and other senior leaders brought their grandchildren to get the jabs at an inoculation site in the Peace Palace in the capital Phnom Penh, reports Xinhua news agency.

Addressing the media at the launch event, Hun Sen said the Southeast Asian nation has about 2 million adolescents and called on all parents and legal guardians to take their children for the vaccination.

"The vaccination for children today is another important step to achieve herd immunity," he said.

"Covid-19 has seriously affected the development of human resources, and almost all of the countries have closed schools." Hun Sen said the vaccination for the adolescents will pave the way for the kingdom to reopen schools at least from the secondary schools upwards after being shut down since late February.

The Prime Minister said the right to life is the first priority and all tough measures taken by the government are to protect lives.

The country first launched an inoculation campaign for adults on February 10, with China being the key vaccine supplier.

As of July 31, some 7.3 million adults, or 73 per cent of the 10 million targeted adult population have received at least one dose of the vaccine, Hun Sen said.

He added that the kingdom is aiming to vaccinate 12 million people -- 10 million adults and 2 million adolescents -- or 75 per cent of its 16 million population by November. IANS