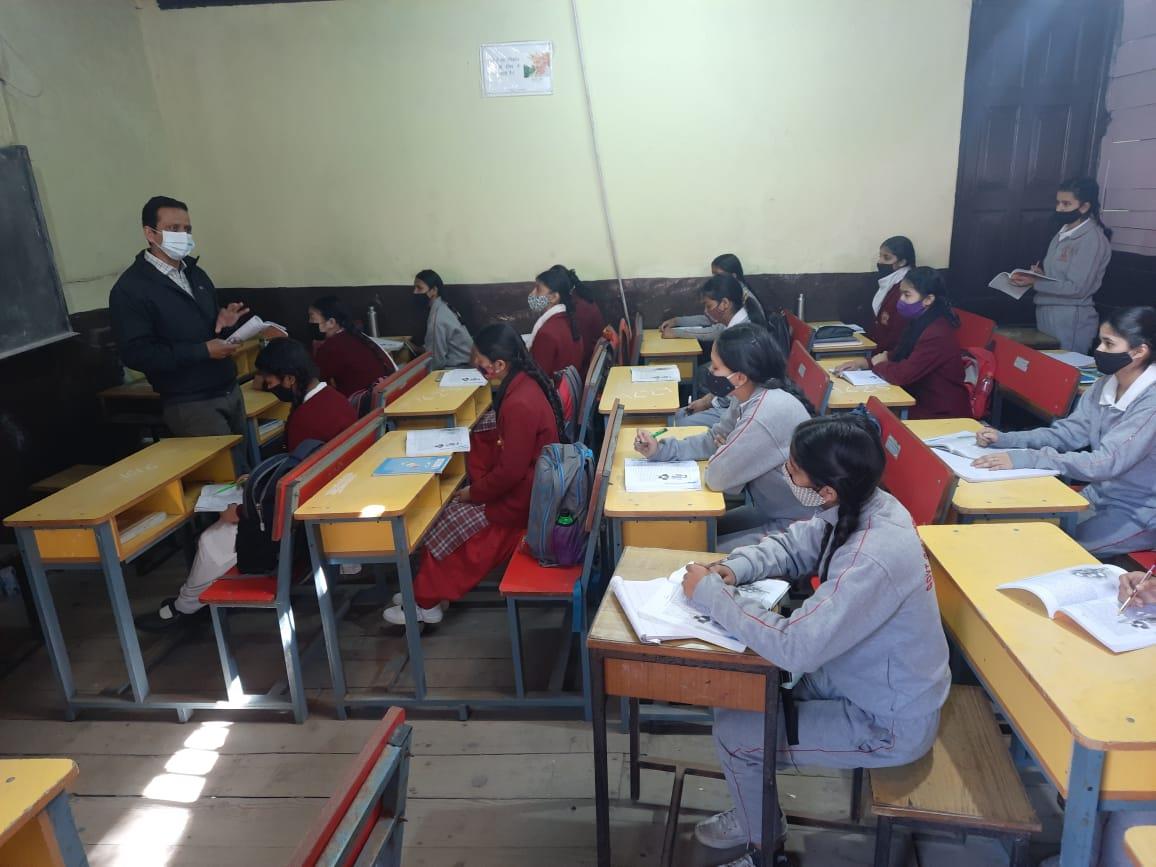 About 49 per cent Class VIII students of government schools across Himachal Pradesh attended physical classes today. The overall attendance for Classes VIII to XII was 59.33 per cent as 2,21,747 students out of total 3,73,761 attended the classes.

“I’m back to school after almost one year and a half and feel so happy to meet friends and attend regular classes,” said Class VIII student Neha. “It’s nice to be back in school with friends after a long time,” said another student Suchit.

Adherence to Covid-appropriate behaviour was ensured at all schools across the state, Sharma claimed. TNS