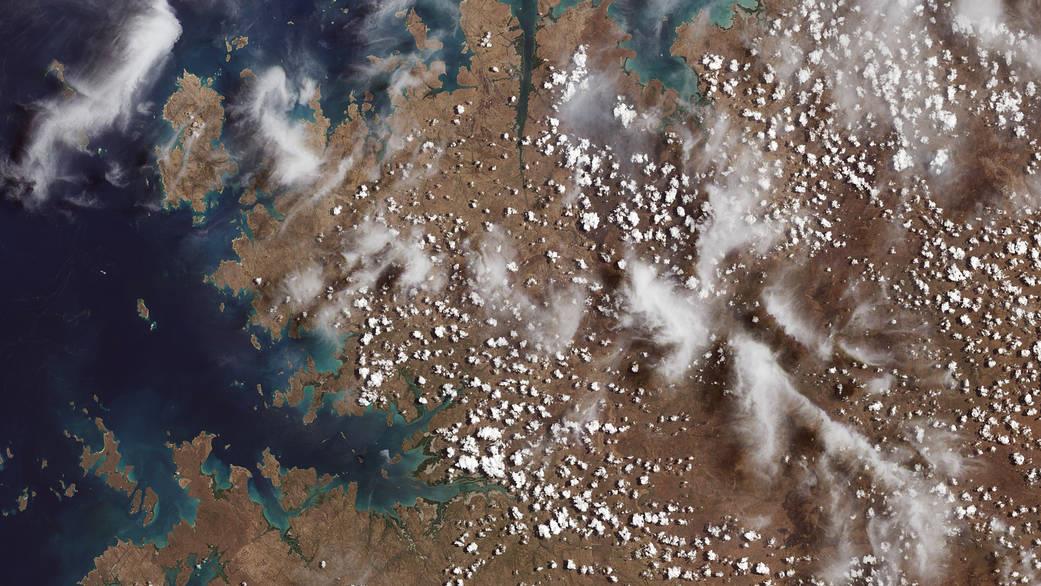 Launched on September 27, Landsat 9 is a joint mission between NASA and the US Geological Survey (USGS).

See the rest of the images here

The images, all acquired October 31, provide a preview of how the mission will help people manage vital natural resources and understand the impact of climate change. The images add to Landsat's unparalleled data record that spans nearly 50 years of space-based Earth observation.

Landsat programme "has the proven power to not only improve lives but also save lives", said NASA Administrator Bill Nelson in a statement.

These first light images show Detroit, Michigan, with neighbouring Lake St Clair, the intersection of cities and beaches along a changing Florida coastline and images from Navajo Country in Arizona that will add to the wealth of data helping monitor crop health and manage irrigation water.

The new images also provided data about the changing landscapes of the Himalayas in High Mountain Asia and the coastal islands and shorelines of northern Australia.

Landsat 9 is similar in design to its predecessor, Landsat 8, which was launched in 2013 and remains in orbit, but features several improvements.

Landsat 9 can differentiate more than 16,000 shades of a given wavelength colour; Landsat 7, the satellite being replaced, detects only 256 shades. This increased sensitivity will allow Landsat users to see much more subtle changes than ever before.

USGS will operate Landsat 9 along with Landsat 8, and together the two satellites will collect approximately 1,500 images of Earth's surface every day, covering the globe every eight days.