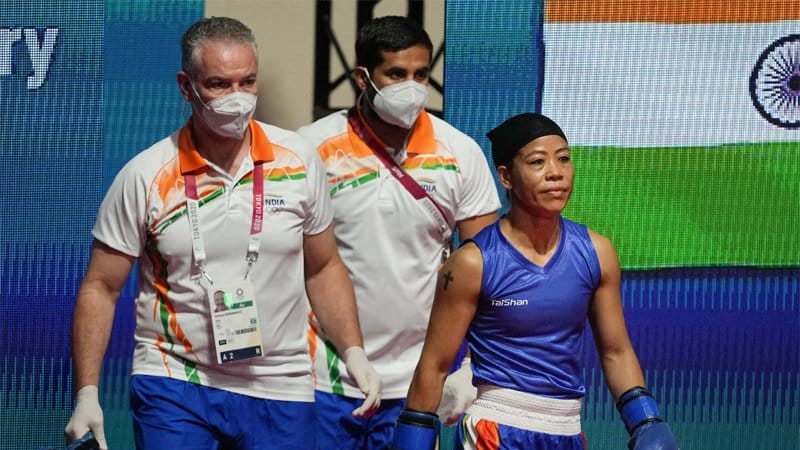 Mary Kom, India's six-time world champion boxer, has revealed that she was asked to change her ring dress just a minute before her round of 16 bout against Ingrit Valencia began.

Surprising..can anyone explain what will be a ring dress. I was ask to change my ring dress just a minute before my pre qtr bout can anyone explain. @PMOIndia @ianuragthakur @KirenRijiju @iocmedia @Olympics pic.twitter.com/b3nwPXSdl1

Dear Mary Kom...
Winning or Loosing does not make any difference...to us you are a Real Life Hero & will always be remembered as true Fighter & Legend forever...
🇮🇳...INDIA IS PROUD OF YOU...🇮🇳

"All the Best" for more Glorious Victories in future...👍👍🏾 pic.twitter.com/22pibgdxBe

I saw your match, the last 2 rounds & they were clearly yours. Biasness at its extreme. Pls don't leave this matter or other Indian players might suffer the same in future.

You have a point and this surely confused (intended confusion) the judge giving points - red now blue. We need a probe in this. It was a clear win for India.

It's a fact that in a fight of equal power, red color looks more dominant. It has got the longest wavelength. I don't understand why Olympics is unfair towards Indians, first the unfair draws, now this.