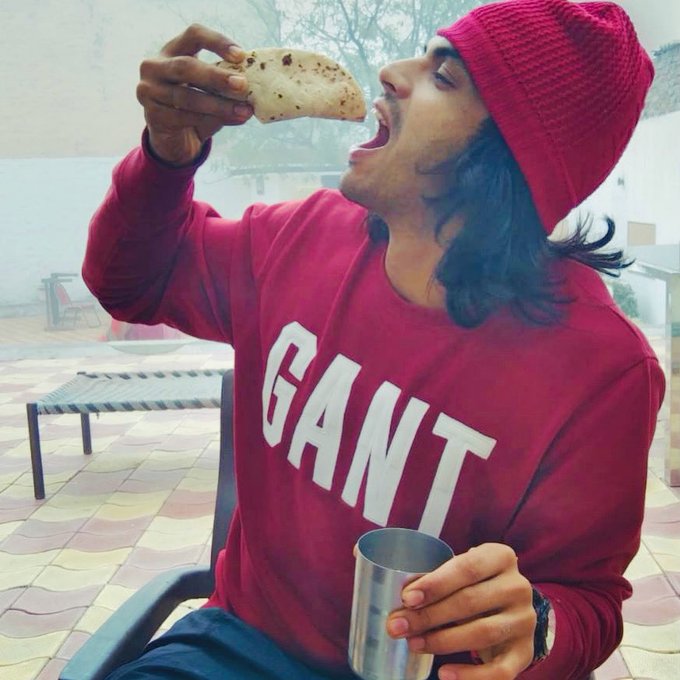 Life is simple for our golden boy Neeraj Chopra. So simple that at times he amazes us with his ways of life being happier, healthier and more productive.

Amid the limelight, he manages to stay grounded. Apart from practice, the Olympics gold medal winner is busy with interviews, advertisements and TV show appearances.

On Monday, the star javelin thrower shared his mantra of relieving stress and tension, which involves only two simple steps.

The image, a throwback from a foggy winter season, has Chopra sporting his infamous long hair. The Olympic player is seen in an over-sized red jersey and a beanie to beat the cold as he held onto his roti in one hand and a glass of tea in another.

Earlier this month, Chopra fulfilled a "small dream" of his, as he took his parents on their first flight. The star athlete had posted pictures on social media in which he was seen boarding a plane with his parents.

The 23-year-old vowed to come back stronger in the next events - World Championships, Asian Games and Commonwealth Games.