Stimac wants boys to spring surprises in U-23 Asian qualifiers 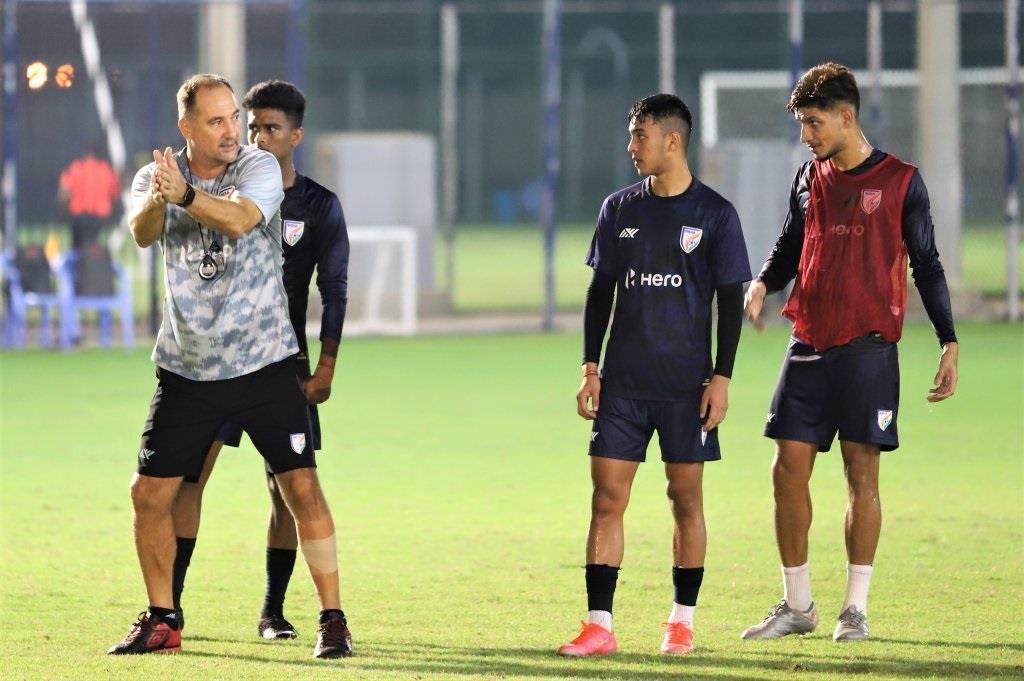 It is clear that Indian football team’s head coach Igor Stimac has his eyes firmly trained on the future. Consider this: From the time he took over from Stephen Constantine in 2019, he has handed out international debuts to as many as 22 players.

When the 2022 U-23 Asian Cup qualifiers get underway tomorrow in the UAE, Stimac would have more opportunities to cast his keen eye on emerging talent.

This also presents Stimac with a chance to solidify his credentials as the right man to lead the national team after the SAFF Championships, which India did win, but the one where the performance graph canted sharply. And if the Croat could get the juniors across the line, it could also help in laying down a path for the senior team’s campaign, set to begin next February.

It is easier said than done, though. A harrowing task awaits him. India set off against Oman on Sunday, and the road ahead in Group E only becomes rougher with the UAE (October 27) and Kyrgyzstan (October 30) next in line.

That may be so, but the coach has at his disposal a squad to pull it off. Grit was always there and now bringing in much-needed experience are Suresh Singh and Lalengmawia Ralte (Apuia), both SAFF winners and emerging stars of Indian soccer.

The two, who’ve been training with their seniors for a while now, will be pulling the strings in the centre of the park – the area where the contest is often won and given away. While Suresh is more of a robust kind, always on the go, it was Apuia who stood out in the SAFF Championships — apart from captain Sunil Chhetri. His ability to hold the ball and a calm head allowed India to dominate possession for extended periods. He’s gradually becoming one of the pivots for the Blue Tigers.

To throw in the numbers, Bengaluru FC’s Suresh is the India U-23 player to play most minutes (1,954) in the Indian Super League (ISL) and AFC Cup 2021 last season, followed by Apuia (1,851) for NorthEast United. He also won the Emerging Player of the Year award in the ISL last season and became the youngest player to captain a team in the league.

Also, helping the cause would be Dheeraj Singh and Rahim Ali. Among others, Akash Mishra, Amarjit Singh and Narender Gahlot have all been part of the senior squad under Stimac in the past.

“The good thing for us is that we already had a number of players from this bunch of players here who have been a part of the national team, and are aware of what kind of weather is to be expected, and also the expectations from the fans,” Stimac said before leaving for the UAE. “Our aim is always the same – to go out and win every game. But it will depend on the approach we take depending on information about the strength of our opposition.”

But he is aware of the challenges and is keeping it all realistic, saying: “In this competition, we don’t have huge expectations but I hope all the players will give their 100 per cent and that’s all I am asking from them. Hope we can surprise some opponents on the pitch.”

India’s best-ever performance in the qualifying round of the AFC U-23 Championships was in the inaugural edition of the competition where they secured seven points in five games and scored 11 goals. In the 2016 and 2020 qualification rounds, India failed to secure any points. In 2016, they didn’t score a single goal in the group matches.