Coronavirus has killed 4,634 people in China 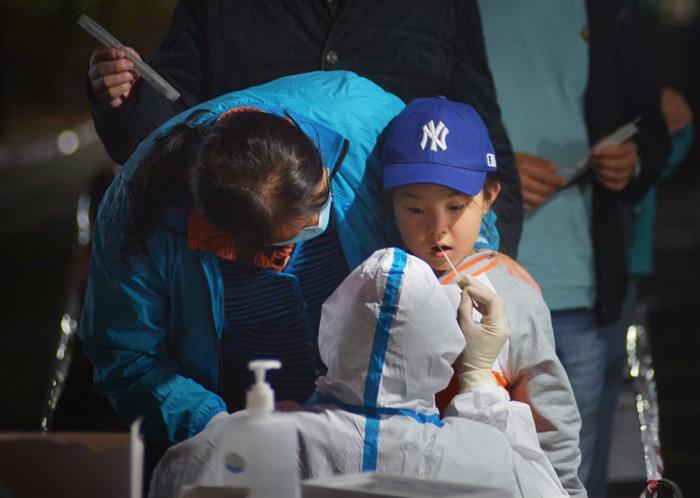 A medical worker collects a swab from a child for nucleic acid testing, following new cases of coronavirus disease in Qingdao, Shandong province, China, on October 13, 2020. Cnsphoto via Reuters

Over 4 million coronavirus tests have been conducted in China’s Qingdao city where a local virus cluster was detected over the weekend, officials said.

The coronavirus has killed 4,634 people with 85,611 confirmed infections, including 241 active cases, in China.

No additional COVID-19 cases have been reported in Qingdao as of Tuesday, following an outbreak of new cases that appeared over the weekend, officials said, adding that over 4.2 million people in the city have been tested out of its 9 million population.

On Monday, the city reported 12 new cases, including six asymptomatic ones, though officials maintained that the city was at a low risk of a community-level spread, state-run Global Times reported on Wednesday.

Further testing and investigation have shown that the confirmed and asymptomatic cases are closely linked to the city’s Pulmonary Hospital and there was no evidence of community-level spread, Jiang Fachun, deputy director of the city’s disease prevention and control centre told the media on Tuesday.

There are 241 active virus cases receiving treatment, including four in severe condition, the commission said.

Altogether 80,736 patients had been discharged from hospitals after recovery on Tuesday, the commission added. PTI