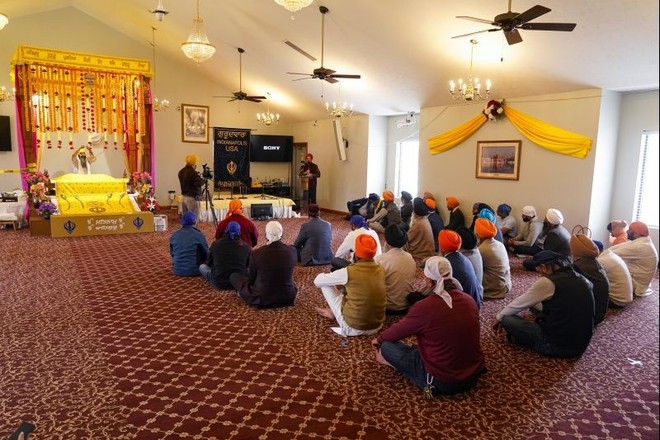 Four members of the Sikh community were killed in a shooting at a FedEx facility in Indianapolis last month. - File photo

Sikhs in the US state of Indiana have held a memorial service to honour the eight persons, including four community members, who were killed in a mass shooting at a FedEx facility last month.

Brandon Scott Hole, 19, a former worker at the Indianapolis FedEx facility, killed eight people on April 15 before killing himself. Four of the victims were Sikhs, including three women. The memorial service on Saturday was opened with ardaas, a Sikh prayer.

“We are so thankful to everyone who came together to attend and help put on this important event,” said Balwinder Singh, an Indianapolis Sikh community leader.

Green Bay: A gunman killed two persons at a Wisconsin casino restaurant and seriously wounded a third before he was killed by the police late Saturday. Brown County Sheriff's Lt Kevin Pawlak said investigators believe the gunman was seeking a specific person he was angry at. “He was targeting a specific victim who was not there, but he decided to still shoot some of the victim's friends or co-workers, it appears,” he said. Agencies