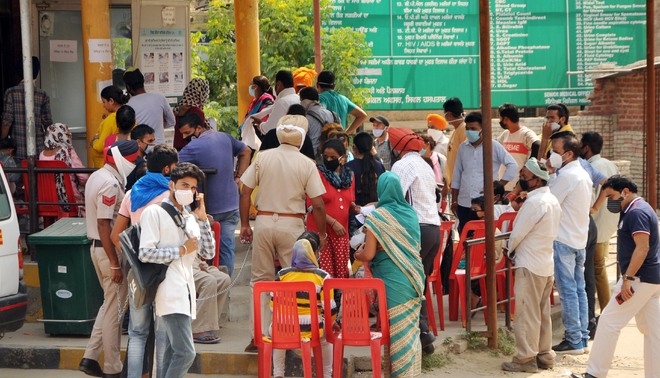 With nine more people, including a 102-year-old woman, succumbing to the virus on Tuesday, the death toll reached 322 in the district. The health authorities have also reported 266 new positive cases.

The district health authorities said of the new cases, there are 162 influenza like illness (ILI) cases and 104 contacts of positive patients. The total count of positive cases in the district has reached 8,690, of which 6,566 have recovered so far.

With a total of 1,802 active cases, the district witnessed a sudden increase in infections.

While the authorities’ claim that the reports of RT-PCR tests conducted at government labs are made available to patients within 24 hours, residents claimed otherwise. They complained that the reports were not being delivered before 48 hours. They said only patients who test positive were receiving a message on their mobile phones, while those testing negative were not informed. “Even for those who test negative, a system to send an intimation on mobile should be introduced. One remains constantly worried whether he/she is negative, unless it is confirmed by the lab test,” a resident said.