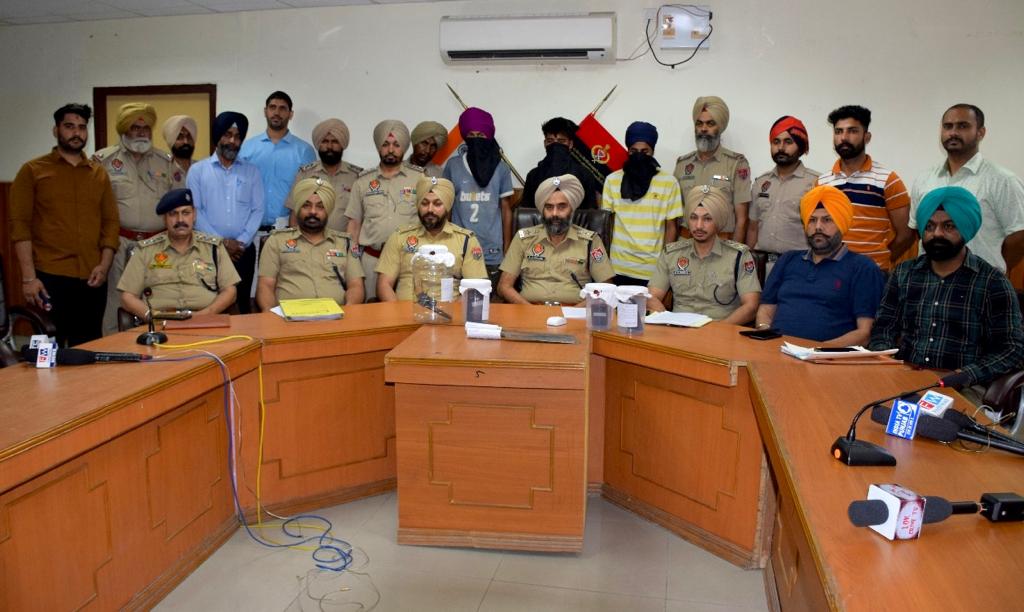 The three robbers in the Goindwal police custody on Wednesday.

The Goindwal Sahib police busted a seven-member gang of robbers from the Jamarai Canal side on Tuesday. Three of the gang members were arrested with a country-made pistol, three cartridges and two datars (sharp-edged weapons).

Four members of the gang managed to flee from the spot in a Swift car. The police have also recovered an Innova (PB-02, AY-9789) from the robbers, which was snatched from Amritsar on April 11 at gunpoint by them.

Those who fled have been identified as Gurpreet Singh of Chhola Sahib, Sukhraj Singh, Jagroop Singh Joopa (both of Jallewal) and Harmanpreet Singh of Gharka, said the SSP.

Harmanpreet, Jagroop and Sukhraj are history-sheeters and are facing a number of criminal cases at different police stations.

The criminal antecedents of other accused, too, were being looked into, the SSP said. He said the robbers were planning some robbery when the police conducted a raid. Three robbers were arrested and four managed to flee, he said.

The gang was also responsible for robbing chemists in Naushehra Pannuan and Dhotian villages a few days ago.

Fresh case under Sections 399 and 402 of the Indian Penal Code and Sections 25, 54 and 59 of the Arms Act was registered against the accused by the Goindwal Sahib police on Tuesday.