The Tribune correspondent Avneet Kaur and photojournalist Sarabjit Singh take you to an era of great revolutionaries, who laid the foundation for Independence and freed us from the shackles of the British regime 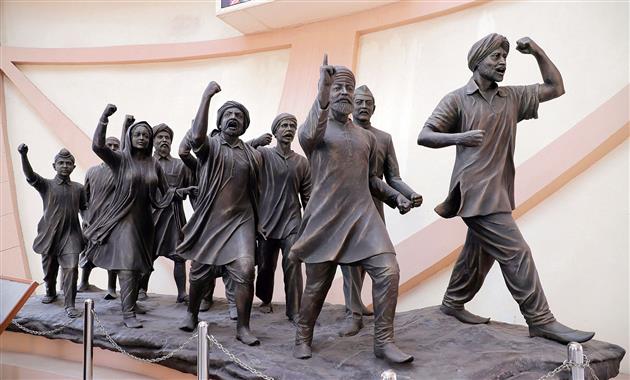 The Indian freedom struggle was a long-drawn movement that claimed thousands of lives and countless sacrifices. Scores of events, tragedies, campaigns and movements both big and small took place for several decades before we finally achieved freedom on August 15, 1947. The Jang-e-Azadi memorial-cum-museum, sprawling across 25 acres on the Jalandhar-Amritsar National Highway-1 at Kartarpur, takes you through the key moments of the Indian history, promoting a greater understanding of the freedom struggle. Besides, the memorial also showcases the life and history of all those personalities because of whom we stand on the pinnacle of social, political and economic greatness. 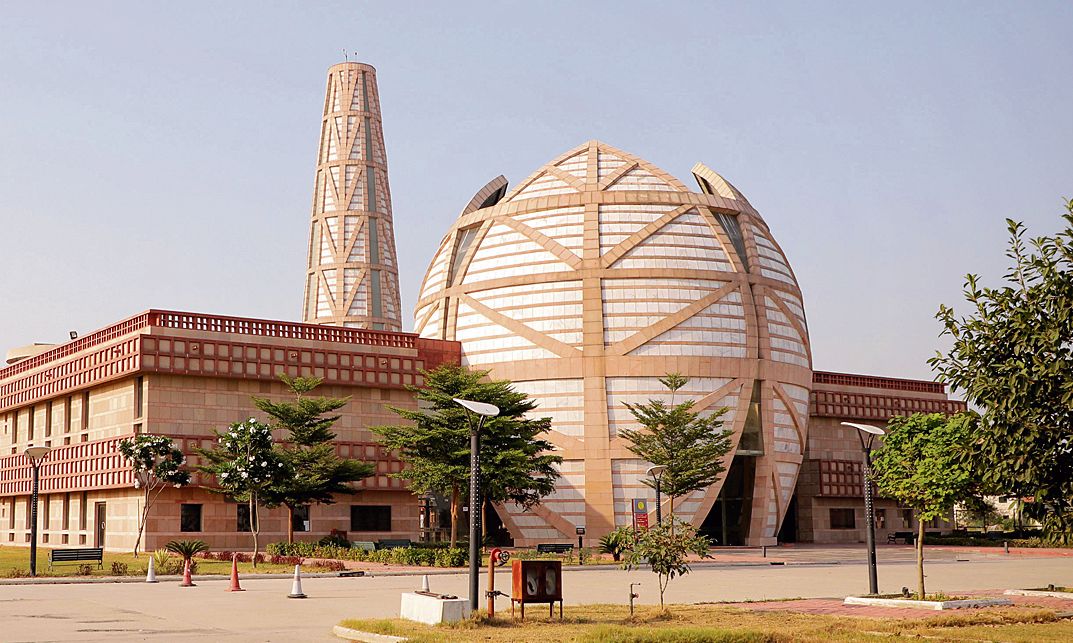 The memorial is a tribute to the contribution and sacrifices of Punjabis in India’s Independence movement. The memorial has been built in three phases. The first phase was opened to the public in November 2016; the second phase was built in March 2018, while the third phase, which is dedicated to the martyrs of the Jallianwala Bagh massacre and the unsung heroes who were incarcerated in Andaman Cellular Jail during freedom struggle, was opened on August 14, 2019.

The other components include a 45-metre high tower known as ‘Shaheed-e-Minar’, an open-air theatre, movie hall, an auditorium, library besides research and seminar halls.

Known as Kala Pani or ‘black water’, the Cellular Jail in Andaman and Nicobar Islands was constructed in 1896 and opened by the British in 1906 to exile political prisoners in remote isolation. The place is a living witness to the brutal treatment of freedom fighters behind the bars.

The Cellular Jail reminds generations of the solitary confinement that the National Freedom Movement heroes were sentenced to suffer for years during the colonial rule. Food at the Cellular Jail was rice, which was more dust, rainwater, and wild grass and there were no beds. It is said life at the Cellular Jail was filled with torture, hunger and loneliness. The prisoners were treated like slaves and were whipped if they spoke to each other.

It was supposed to be a joyous festival on April 13, 1919, and pilgrims, along with peaceful protesters, had gathered at the Jallianwala Bagh in Amritsar to celebrate Baisakhi — the Sikh festival. Little did they know that their celebrations would soon turn into one of the deadliest moments in the Indian history. 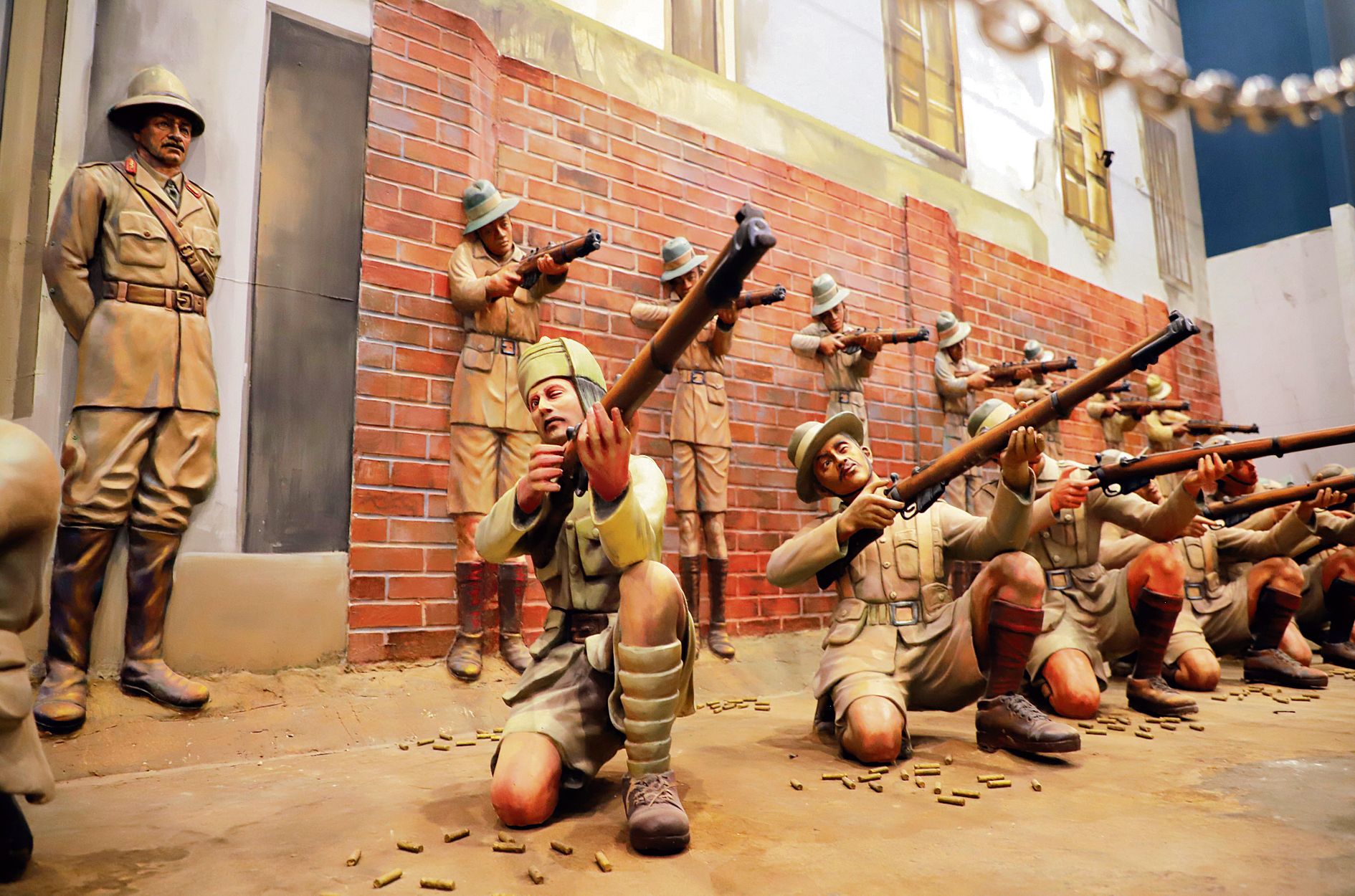 There are various illustrations of Jallianwala Bagh massacre, also known as the Amritsar massacre, where one can see pilgrims along with protesters running helter-skelter to save themselves, after the British Indian Army soldiers, on the orders of Brigadier General Reginald Dyer, opened fire at the crowd, and when General Dyer ordered his troops to kneel and fire at the unarmed crowd of men, women and children.

On April 8, 1929, Bhagat Singh, along with Batukeshwar Dutt, hurled two bombs inside the Central Legislative Assembly in New Delhi to protest against an unfavourable Bill. Interestingly, their intention behind this defiant act was to get arrested and to use the subsequent court appearances to further the cause of their organisation — Hindustan Socialist Republican Association — for India’s Independence. 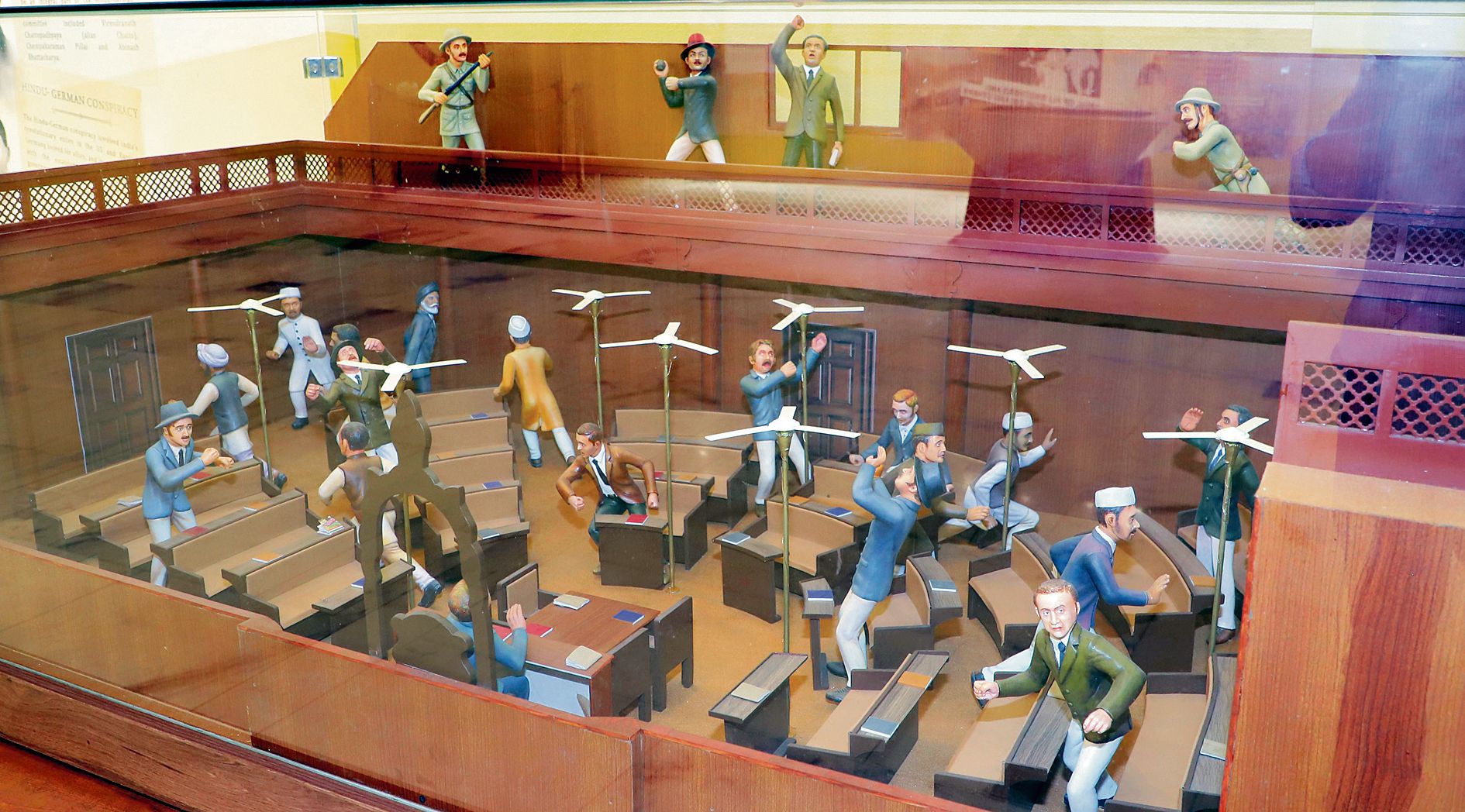 Along with bombs, Singh also threw in copies of a leaflet in the Assembly that quoted a French anarchist as saying: ‘It takes a loud noise to make the deaf hear’, and signs off with the now epochal statement, ‘Inquilab Zindabad’ and ‘Long live the Revolution’.

Indian revolutionaries Bhagat Singh, Sukhdev Thapar and Shivaram Rajguru were hanged on March 23, 1931, in the Lahore Jail against the scheduled execution on March 24. They were sentenced to death in the Lahore Conspiracy Case, wherein they were found guilty of murdering senior British police officer John Saunders. This day is marked as Shaheed Diwas (Martyrs’ Day) in India.

Quit India Movement: Gandhi’s call for ‘Do or Die’

The Quit India Movement was a turning point in India’s freedom struggle. Under the leadership of Mahatma Gandhi, people across India came together to uproot the British imperialism. In 1942, in a fiery speech in Mumbai, Gandhi made a ‘do or die’ call to the people in a final push to make the British quit. 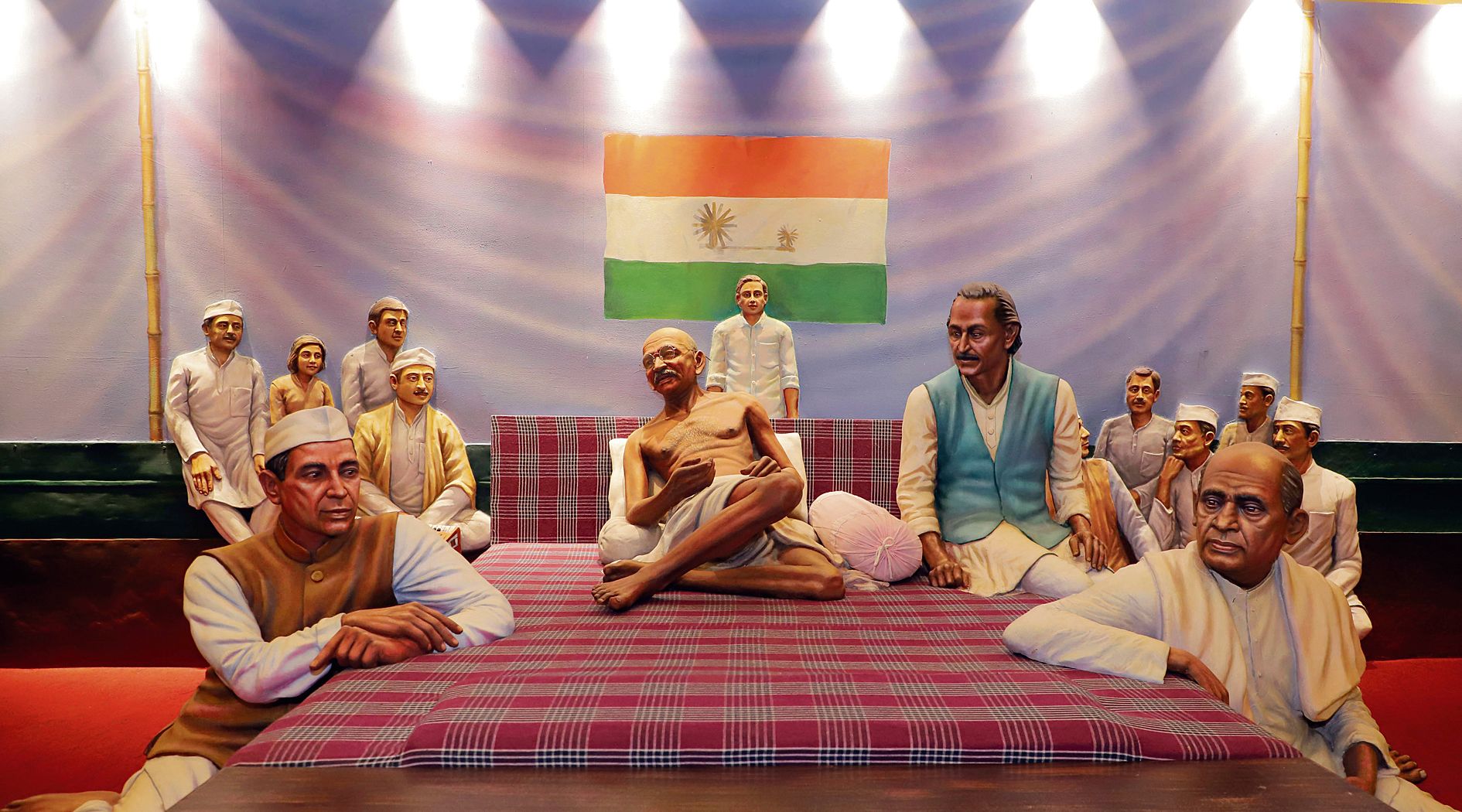 Following the start of the movement, many Congress leaders, including Jawaharlal Nehru, Sardar Vallabhbhai Patel, Abul Kalam Azad and others, along with Gandhi, were jailed for sedition.

Punjab is known for its resistance against Colonial rule. The Kirti Kisan Lehar (movement) came into Punjab in 1928. It was based upon Gadar movement, which revived the party by encouraging militant nationalism in Punjab. The Kirti Kisan Party was a mirror of deliberative condition of peasants, landless and suppressed classes of Punjab. By the beginning of the 20th Century, peasants in Punjab came into the forefront of public reactions against the British administration because they were under debt. 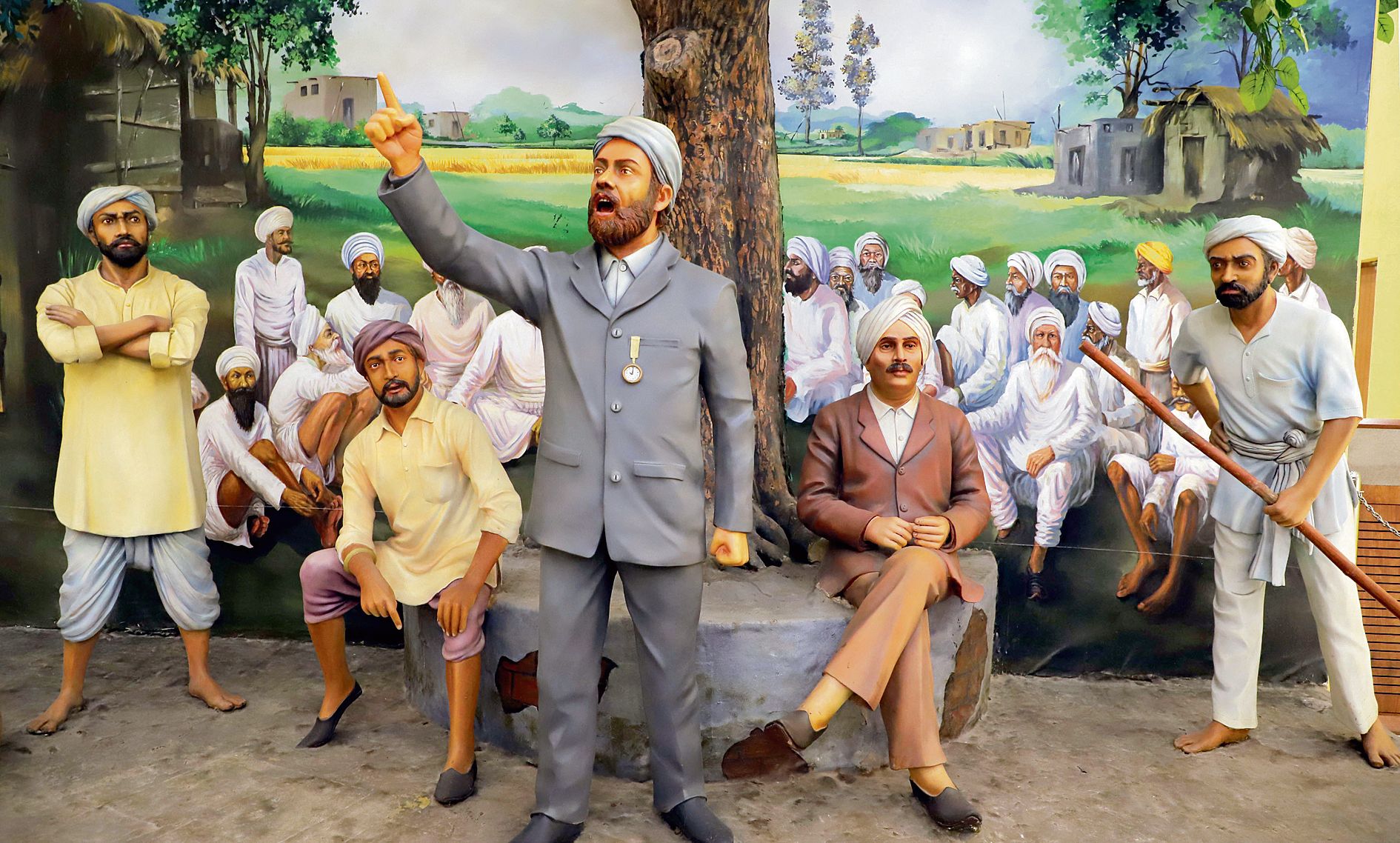 Repressive policies of the government towards people in general were also the main reason for their protest. The objective of the party was to free the nation from the British imperialism by using every possible method.

The kingdom established by Ranjit Singh met its doom within 10 years after his death in 1839. The British occupied it after winning two successive wars — the first (1845-46) and second Anglo-Sikh war (1848-49). 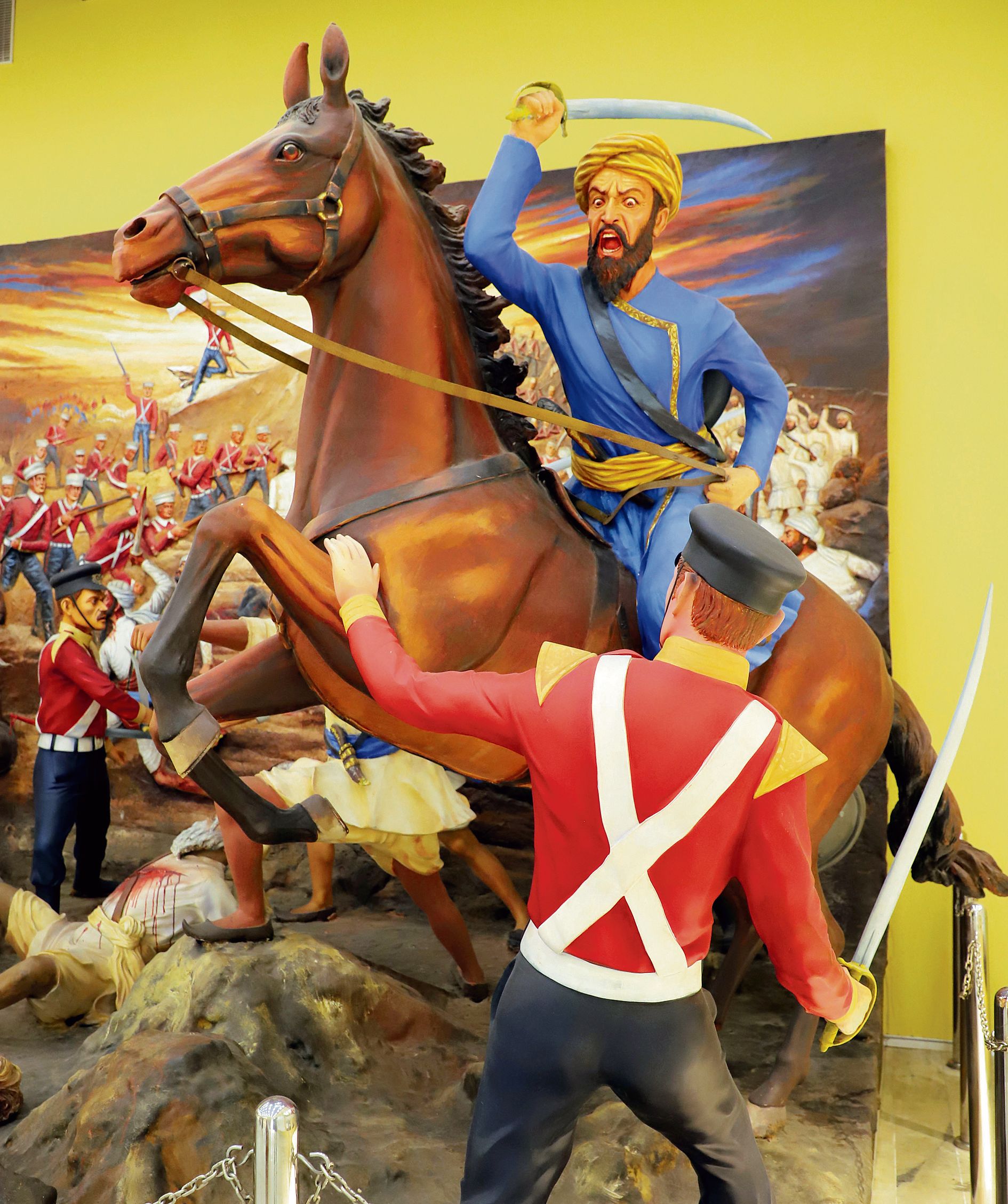 The primary cause of these wars was the policy of imperialism pursued by the English. They became interested in the conquest of Punjab after the death of Ranjit Singh because that was necessary for extending their empire to its natural frontiers towards the north-west. The immediate causes of the wars were provided by growing internal weakness of the Sikhs themselves.

In 1871, when the then DC of Amritsar sanctioned the opening of a slaughterhouse, the Kukas, who are staunch vegetarians, rallied against this decision. In an action that resulted in five Namdharis being sentenced to death, a group of followers raided the slaughterhouse, killed the butchers and set the cows free. For this, four Namdharis were hanged on trees in 1871.

On May 23, 1914, the Komagata Maru, a Japanese ship, sailed from Hong Kong to Canada carrying 376 passengers, mostly immigrants from Punjab. On arrival in Canada, the exclusionist laws of Canada were quoted to bar their entry. Following a two-month stalemate, only 24 passengers were given permission to disembark. 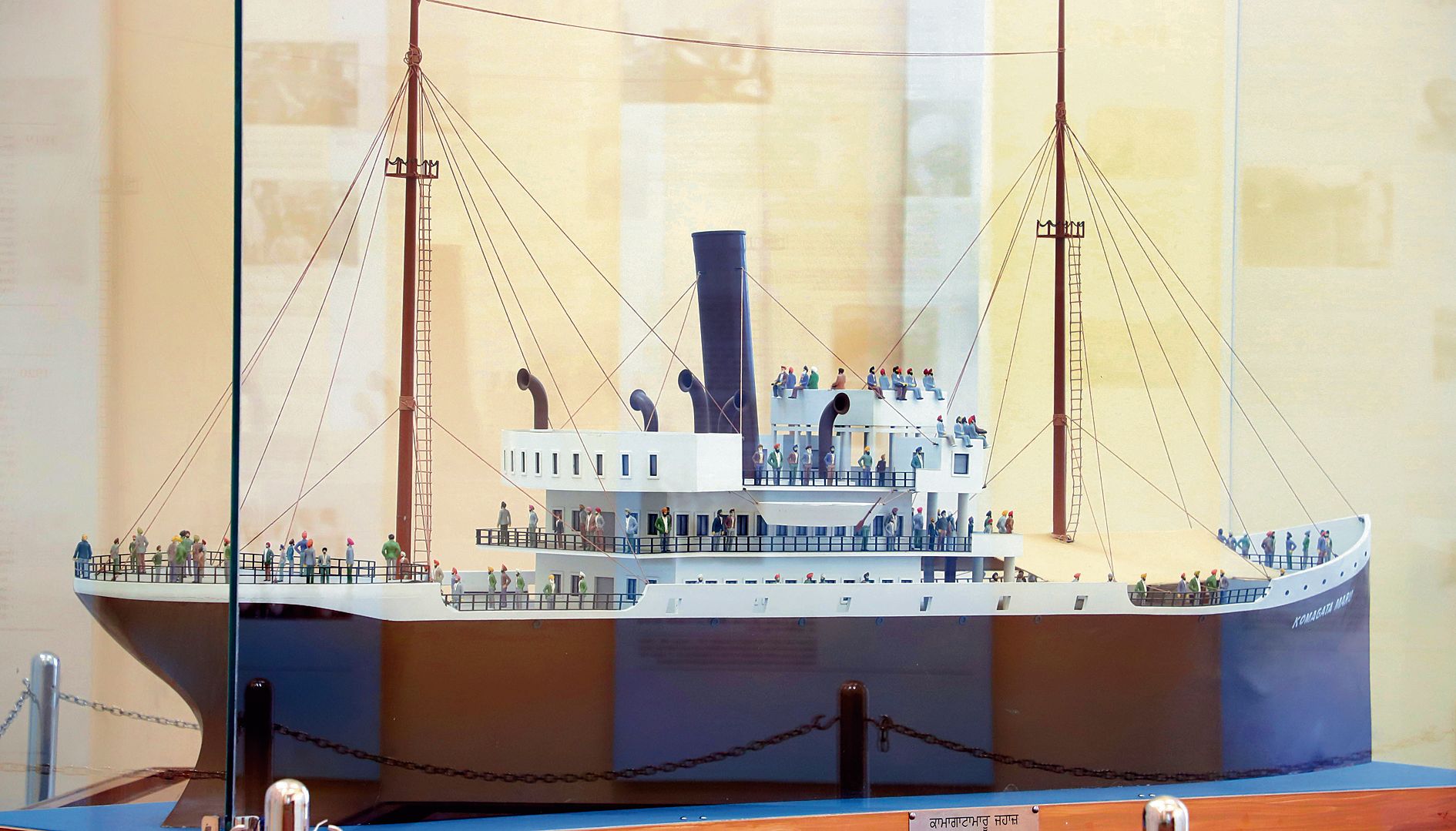 On July 22, 1914, the ship was escorted out of the harbour by the Canadian military and forced to sail back to Budge Budge (near Calcutta), where 19 of the passengers were killed by gunfire upon disembarking and many others imprisoned.

Not many people know that the Namdhari Sikhs (also known as Kukas) led by their founder Satguru Ram Singh, laid down their lives for the freedom of the country on January 17, 1872 much before the emergence of a national movement. He had also launched the non-cooperation and Swadeshi Movement against the mighty British Raj. Namdharis had made supreme sacrifices for the freedom struggle way back in January 1872. On display is the scene when 66 Kukas who protested against the butchering of an ox, were made to stand before the mouths of seven cannons and blown up in seven rounds.