DHARAMSALA: The Palampur Agriculture University of Himachal has for the first time scientifically established that the zero budget natural farming can provide better yield than organic or chemical farming. 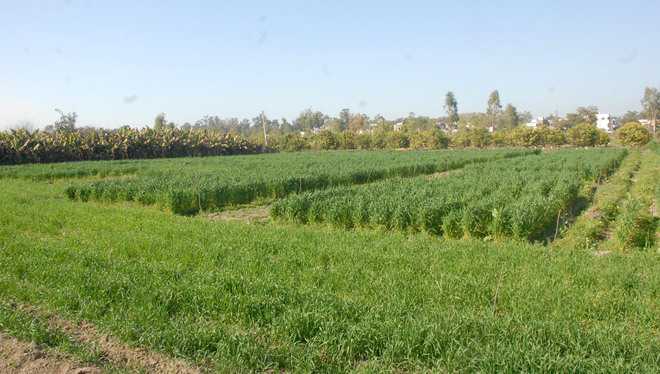 The Palampur Agriculture University of Himachal has for the first time scientifically established that the zero budget natural farming can provide better yield than organic or chemical farming.

Talking to The Tribune, Vice-Chancellor AK Sarial said with the grant provided by the state government, the university developed a farm in the institution to test the models developed by Padma Shri recipient Subhash Palekar on natural farming. The farm was developed in 2016 and all practices being followed at the farm were natural.

“The results of the zero budget natural farming for the first year are quite encouraging. The production of gram and lentils has been much better than inorganic and organic farming,” he said.

“The results have been more encouraging in vegetable production. Scientists were able to produce 105 quintal radish per hectare against 80 quintal produced under organic farming — a 31 per cent increase. The production of broccoli, cauliflower, cabbage, kale, Chinese cabbage and peas also registered a noticeable increase,” Sarial said.

He said the university was the first in the country to experiment with zero budget natural farming.

On the farming type being criticised by various agricultural experts who also wrote to the PM, Sarial said the conditions were different around two-three decades ago. “Now, we have developed plant varieties that can yield more production under zero budget natural farming too. We should not rule out any farming practice without experimenting and proving its worth. I hope with repeated experiments, the university further does a better job,” he said.

The VC said that since the input cost in zero budget natural farming was negligible, the net returns were higher. “Our experiments have proved that net returns of this farming practice are about 40 per cent higher than the organic and inorganic farming,” he said.

The university had spent about Rs 3 crore on the project to date. “The university has been sanctioned a research project, ‘Centre for Advanced Agricultural Science and Technology on Protected Agriculture and Natural Farming’, worth Rs 22.66 crore under National Agriculture Higher Education Plan by the Indian Council of Agricultural Research recently. The faculty and postgraduate students engaged in protected agriculture and natural farming research will gain exposure and training up to three months on modern concepts of the subject in institutions of national and international repute,” the VC added.

What’ it & how it came about