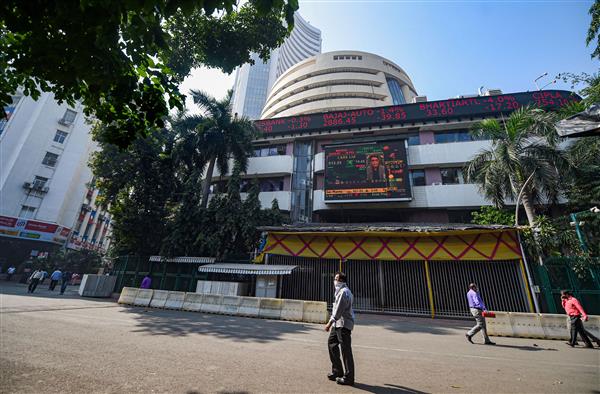 Equity benchmark Sensex rallied 546 points to finish above the 54,000-mark for the first time on Wednesday, tracking strong gains in financial stocks amid positive cues from global markets.

HDFC was the top gainer in the Sensex pack, surging around 5 per cent, followed by Kotak Bank, ICICI Bank, SBI, HDFC Bank and Axis Bank.

On the other hand, Titan, Nestle India, Ultratech Cement and Sun Pharma were among the laggards.

He noted that financials were the sole driving force for the market rally, which was triggered after better-than-expected June quarter performance reported by SBI.

The country’s biggest bank posted a 55 per cent rise in standalone net profit at Rs 6,504 crore for the first quarter of the current financial year, helped by decline in bad loans.

Elsewhere in Asia, bourses in Shanghai, Hong Kong and Seoul ended with gains, while Tokyo was in the red.

Equities in Europe were also in the green in afternoon trade.