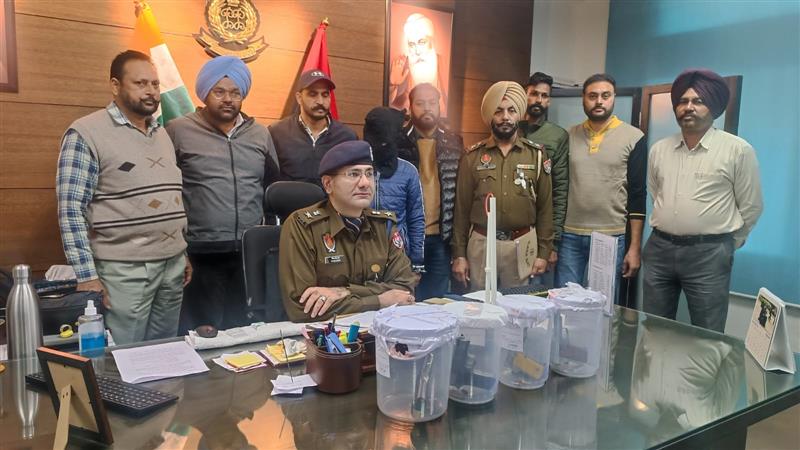 Police with the accused and the seized arms.

Four pistols and 34 live cartridges were seized from him.

He is believed to be a close confidant of notorious gangster Pavittar Singh, said the SSP, adding that the latter fled the country and is living in California, US.

The police seized three pistols of .32 bore, an imported pistol and 34 live cartridges from him, he added.