People, power, protest: The will of farmers prevails

Unique and unparalleled in so many ways, farmers’ movement has achieved a rarity — forcing the govt to bow before will of people 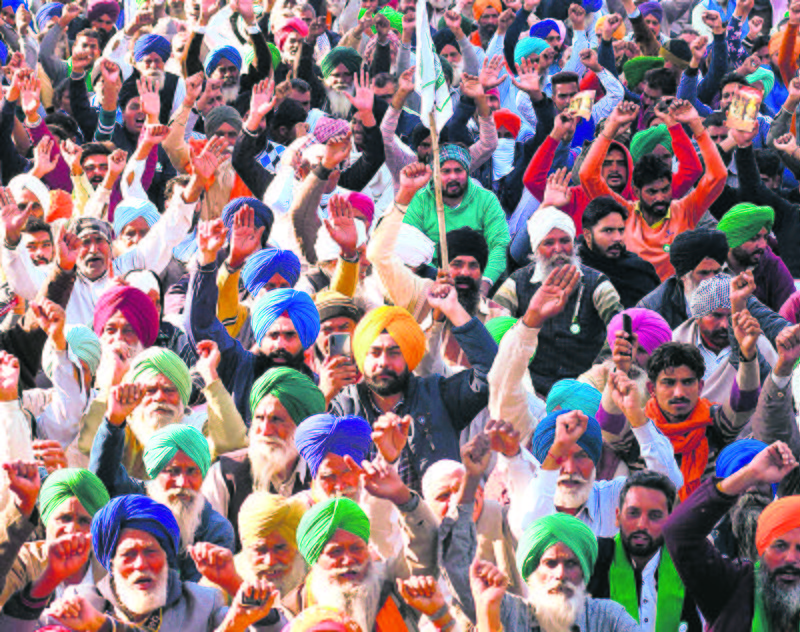 On the Grand Trunk Road at Singhu, a dust-covered banner hanging from a hutment proclaims: “Mudaange Punjab jadon jitke maidan, Dilli rajdhani dassu sardar aaye si (When we return victorious, Delhi will tell them, ‘we’ were here).” After a year of protests, that moment has arrived. Mewa Singh will finally go home after a year. Sukhmani will meet her parents, her ardas has been fulfilled. And Chatin Kaur will open the locked door of her house. And they — men and women, old and young — will walk home with their heads held high. They haven’t become history, they have made history.

Also read: Punjab adds another chapter in its long tradition of peasant struggles

While electoral considerations would have certainly driven the decision, farmers’ tenacity was the ultimate driving force. The fact that they were able to sustain the agitation despite the odds and put the fear of God into the ruling establishment is remarkable. — Ashis Nandy, Sociologist

“The farmers’ movement has taught the government a lesson that in democracies, the will of the people ultimately prevails. Indians have enjoyed independence for so long that no regime can overnight turn them into passive citizenry, no matter how charismatic the leader helming the nation,” says sociologist Ashis Nandy, pointing out how the farmers managed to serve a powerful reminder to the State that it cannot get away with “everything and anything”.

It is a victory of people’s struggle, a victory full of sacrifices, says Pramod Kumar, director of the Chandigarh-based think tank Institute for Development and Communication. “It is perhaps the first and the longest movement against the economic reforms agenda that was initiated in the 1990s. The message is loud and clear — it is a victory against corporatisation of agriculture, as these laws would have compromised food security, the livelihood of farmers.” The other message that it sends out, he adds, is that the government should take legislative business seriously and enact laws after consultations with stakeholders. “Otherwise, it will bring tragedies for people.”

The tractor as a symbol of protest, planting trees to counter the barbed wires put up by cops, villagers taking turns to keep the protest afloat — for political scientist Neera Chandhoke, the beauty of this protest lay in its wonderful imagination. As someone who has studied social movements for long, she says it is amazing how farmers led a relentless struggle for a year — despite the deaths of their comrades, despite all the stigmatisation, sometimes called Khalistanis, sometimes Pakistanis, and then there was Lakhimpur Kheri. “A perfectly legitimate movement was subjected to all this by the government.”

Comment: It had to be done — for UP: Modi obviously calculated that advantage lay in taking a step back on farm laws

For her, the only other sustained movement that sparked imagination was against Narmada Dam. “It happened because professional people like engineers and environmentalists had joined the movement for the first time in India, challenging the developmental paradigm. Even if they lost, that movement put a few things on agenda. One was the environment and development paradigm and second, compensating people whose land was taken for government projects.” Also creative was the anti-CAA movement, she says. “People carrying copies of the Constitution, reading out the Preamble — all this amid an atmosphere of fear.”

Prof Nandy says while the women of Shaheen Bagh had displayed similar tenacity during their agitation against the CAA, “something similar and much more has happened in the case of the farmers’ movement”.

SS Jodhka, professor of sociology at JNU, could not agree more. “It’s a landmark movement. Democracies are not about electoral politics alone. They are also about popular movements and the will of the people. ‘Kisani’ was the uniting factor, the question of caste was never raised. It was also not about demands alone, it was more about resocialisation. Its participants will return home with a renewed sense of self-worth. The outcome will also redefine caste and class politics in rural India since the movement has shown that it is possible to resist the regime if you have the willpower and the resources.”

Now that the farmers have made their point, he adds, they should return home while keeping up the pressure on the government to bring attention to the larger questions Indian agriculture is facing.

A common perception is that the process of dialogue was missing all this while, with the government failing to look beyond the movement as a law and order problem.

“All we have seen is threat and counter-threat. I would not call it a great moment for democracy, just a government solution to a law and order problem, rather than looking at agriculture. And that is the sadness of it,” says anthropologist Shiv Visvanathan.

To him, it seems like a calculated decision rather than something stemming from sympathy or understanding. “There is a kind of cynicism about this because there is lack of clarity about the nature of the legislation. Repeal demands a legislative act. Let us wait for the legislature to repeal it and repeal it completely.”

Zoya Hasan, Professor Emerita at JNU, concurs. “There’s no change of heart or change of policy and the volte face is inspired by the fear of losing the UP elections. But there is no denying that it is a historic victory.”

In repealing the laws, Prime Minister Narendra Modi’s strongman image has taken a big hit, she points out. “It is a defeat for the government, which refused to repeal these laws for a year and has now done so under popular pressure from the world’s largest and most sustained movement of farmers. In this sense, it is a momentous day in India’s political history.”

The need now is to look for an alternative, one that is in favour of farmers, says Prof SS Johl, a prominent pro-farm laws’ voice. “There is no doubt that the present system in Punjab is against farmers, which is why I have been supporting the farm laws all this while. The trust deficit that set right in the beginning went against well-meaning laws,” says the former Vice-Chancellor of PAU.

When the struggle began, young farmer leader Rajinder Singh Deep Singhwala had said either their bodies will return home from the Delhi border, or they will return to the beats of ‘nagaras’. The decisive battle seems to be coming to an end, but the farmers have refused to return until Parliament repeals the laws. And when they return, it will be interesting to see how it changes Punjab’s political landscape.

“Earlier it was fought in the background music of farmers’ protest, with all parties supporting it, and in the forefront was the rhetoric of vendetta politics, religious and caste polarisation and freebies. Having free mobility without farmers’ resistance, the parties will have to raise other real issues,” says Pramod Kumar.

At a time when regime loyalists are cynical of ‘laws being written on roads’, GT Road seems to have rewritten the rules of engagement with the people. As if dust has been removed from the slogan dotting the highway: “Jittange zaroor, jang jari rakhyo (We shall win, keep up the fight)”.

— With inputs from Aditi Tandon

Those keeping the fire of protest burning at Singhu 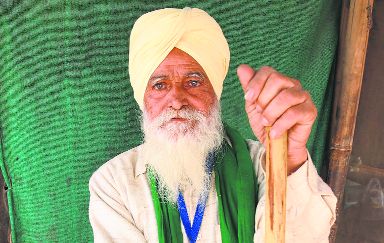 Mewa Singh, 77, from Duggan village in Sangrur, hasn’t been home since November last year. He didn’t even attend his grand-daughter’s wedding. He decided very early on to return only after “we truly win”. He doesn’t mind the wait. “Sangharsh di miyaad ni hundi (Struggles are not time-bound). I have been fighting for 50 years — this is a fight against the system, one battle at a time.”

Chatin Kaur, from Fatehgarh Channa in Sangrur, understands the pain of land being snatched away. Her alcoholic husband sold whatever little they owned before his death. What kept bringing her to Singhu was the fear of others in the village becoming landless too. “Meri taan mukki, ehna di na jaave (I’ve lost mine, they shouldn’t). What will people like me live on?” she asks.

Ravinder, pradhan of Murthal-based Bharti Kisan Panchayat, would always wonder when will those who slog in the fields get their due. When will people start demanding their rights? When will they speak up? In the farmers’ protest, he finally saw hope. “This andolan has made people understand that they need to fight for their rights,” he says. 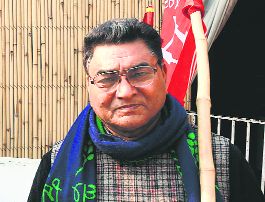 Kirti Kisan Union’s Santokh Singh Sandhu has been collecting funds at Singhu for a year now. He recalls the times when there would be long queues of those keen to donate. The other day, they received just Rs400. “We are grateful that people have donated whole-heartedly, but we’ve been fighting for farmer rights for decades in the absence of such funds too,” he says. 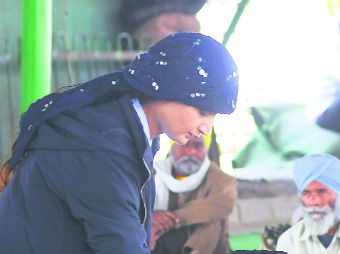 Farmers’ protest was raging across Punjab and Sukhmani doesn’t remember how many times she pleaded with her parents to let her go to Singhu. She finally landed here in December and hasn’t gone back since, nor has she met her parents in Morinda, less than 250 km away. “I had vowed to meet them only once the laws are taken back.” She might finally go home now.