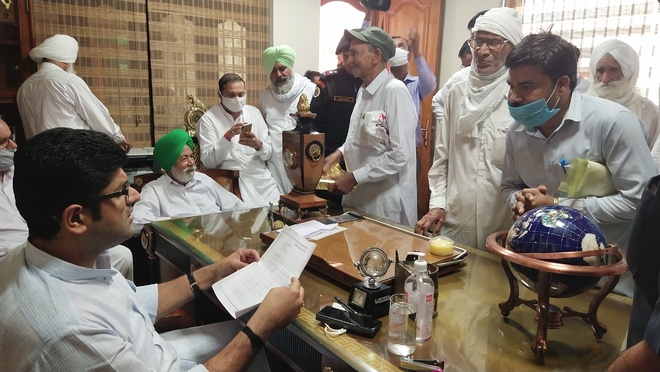 The state government has submitted to the Centre a proposal to construct a mega bulk drug park in Hisar for manufacturing of basic raw materials such as key starting materials, drug intermediates and active pharmaceutical ingredients that are used to produce some of the essential medicines.

“Around 2,000 acres owned by Government Livestock Farm (GLF) in Hisar has been earmarked for the proposed project, which will be funded by the Centre,” Deputy Chief Minister Dushyant Chautala said on Sunday.

The Haryana State Infrastructure and Industrial Development Corporation (HSIIDC) will develop the project after the approval from the Centre.

The Union Cabinet, in partnership with state governments, has approved three mega drug bulk parks in the next five years with the financial implication of Rs 3,000 crore.

Will usher in growth

I hope Centre will approve the drug park in Hisar. It will usher in development and jobs in Hisar and the adjoining region. The state government will ensure the industry gets a hassle-free and favourable environment. —Dushyant Chautala, Deputy CM

The Centre will provide grant-in-aid to the states with the maximum limit of Rs 1,000 crore per drug park, which will be equipped with a solvent recovery plant, a distillation plant power, a steam unit and a common effluent treatment plant.

Sources say the state government had earlier considered Panipat for the drug park but for the congestion of space there, it opted for Hisar.

The Deputy CM hoped that the Centre would approve the drug park in Hisar. “It will usher in development and jobs in Hisar and the adjoining region. The state government is keen for the project. It will ensure that the industry gets a hassle-free and favourable environment,” he added.