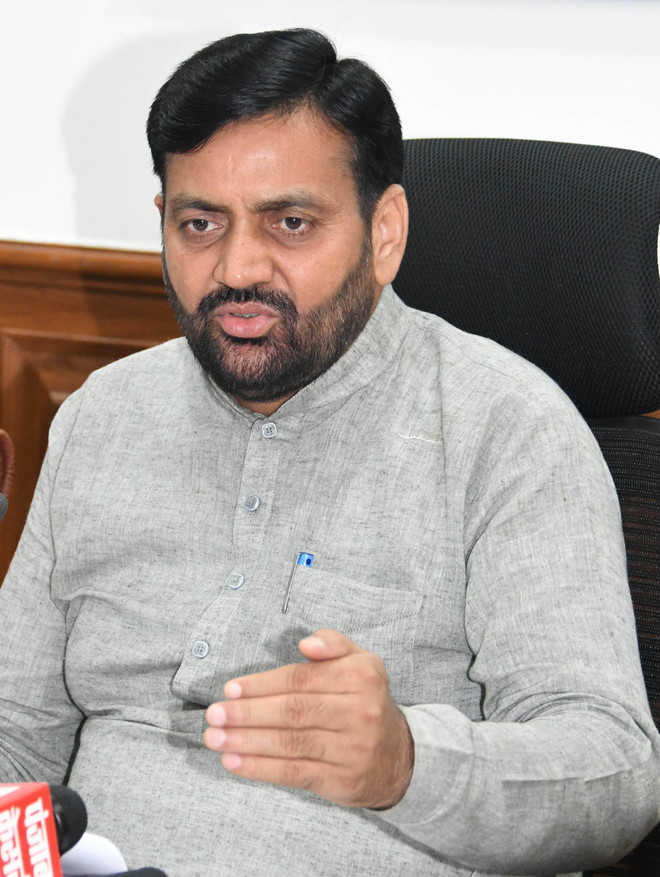 Protesting farmers on Tuesday blocked a BJP MP’s car, smashing its windscreen as he tried to leave a party worker’s home, police said.

Kurukshetra MP Nayab Singh Saini said police had a tough time in getting him away from the protesters at Shahbad Markanda, 20 kms from here.

Farmers protesting over the three new farm laws were sitting on a ‘dharna’ in front of Jannayak Janta Party MLA Ram Karan Kala’s home when they learnt that the MP had reached a BJP worker’s home in nearby Majri mohalla.

They then gathered outside the BJP worker’s home while Saini had tea inside, police said.

According to Saini, when he tried to leave the place over 50 protesters ‘gheraoed’ it.  A few of them jumped over the vehicle while someone smashed the windscreen with a stone or a lathi, he said.

He said it was with great difficulty that police got him out of the area in the SUV.

The Kurukshetra incident was the latest in a series of protests by farmers against ruling BJP-JJP coalition leaders in Haryana.

The MP said those who indulge in acts of violence against elected representatives cannot be farmers. Such people are defaming farmers, he added.

Police were deployed in large numbers in the after the incident.

Kurukshetra Superintendent of Police Himanshu Garg said police are investigating the matter and would file a case against those found responsible for the violence.

On Saturday, farmers had held a protest against Haryana Chief Minister Manohar Lal Khattar in Rohtak, forcing authorities to shift the landing site for his helicopter.

Farmer leaders have said they would continue their “peaceful social boycott” of leaders from the BJP and its allies.

The Centre says the new laws will free farmers from middlemen, giving them more options to sell their crops.

The protesting farmers, however, say the laws will weaken the minimum support price (MSP) system and leave them at the mercy of big corporates. PTI