The seriously injured will be provided Rs 1 lakh 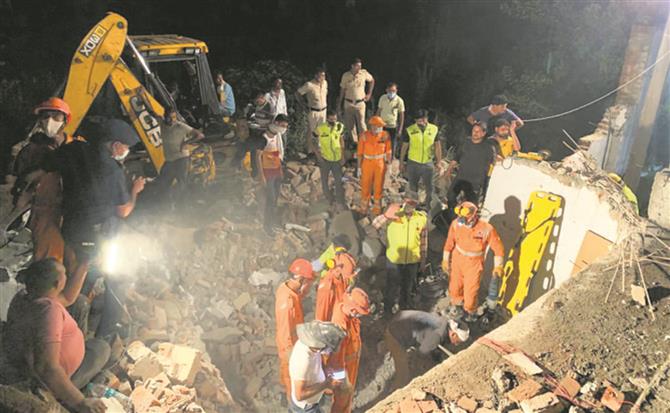 Three people died and one person was injured in the incident. Tribune file

Haryana Chief Minister Manohar Lal Khattar on Tuesday announced an ex-gratia of Rs 2 lakh each to the kin of those who lost their lives after a three-storey building collapsed in Gurugram district's Khawaspur on Sunday.

Besides, the seriously injured in the incident will be provided financial assistance of Rs 1 lakh, an official spokesperson said here.

Three people died and one person was injured in the incident. The building was located on the Pataudi road in Farrukhnagar in Gurugram.

A warehouse company had built the building to house labourers, police had earlier said.