Tourists allowed up to Gulaba on Rohtang road 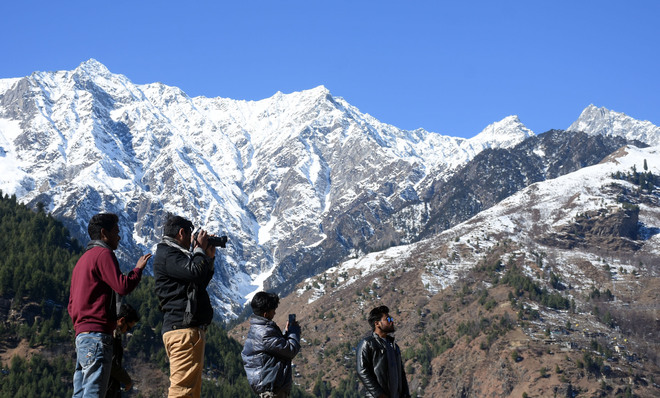 After the tourism stakeholders firmly took up the issue of allowing tourist vehicles up to Gulaba, the administration today issued an order allowing the movement of vehicles beyond Kothi from 10 am to 4 pm up to Gulaba towards Rohtang, provided the weather is clear.

The movement of vehicles was barred beyond Kothi towards Rohtang in the wake of adverse weather since November 22. However, Education Minister Govind Singh Thakur recently held a meeting with tourism stakeholders and directed the Manali SDM to constitute sub-committees for the purpose of keeping the tourism activities going up to Atal Tunnel and Gulaba.

The minister said that due to extreme cold, icing of the road occurs towards Gulaba and near Atal Tunnel, due to which the risk of vehicle accidents increases. He said that vehicles cannot be allowed up to these places during adverse weather and heavy snowfall. However, if the weather remains clear and there is no problem of icing on the roads then the movement can be allowed to these destinations. He has asked the SDM and the police to take a decision in this regard only after assessing the condition of the roads in coordination with the officials of the Border Roads Organisation.

Kullu Deputy Commissioner Ashutosh Garg said that the order has been issued on the recommendation of Manali SDM. He said that the Manali SDM had received the proposals of the office bearers of various panchayats and local people after which a joint inspection was done from Kothi to Gulaba by SDM and Manali Deputy Superintendent of Police and it was found that in certain situations, vehicles can be allowed till Gulaba.

The DC said adequate police force would be deployed between Kothi and Gulaba to ensure compliance of orders. He said there would be a ban on the movement of vehicles beyond Kothi between 4 pm and 10 am.