DGP, ADGP visit Reasi to appreciate villagers for their act of bravery 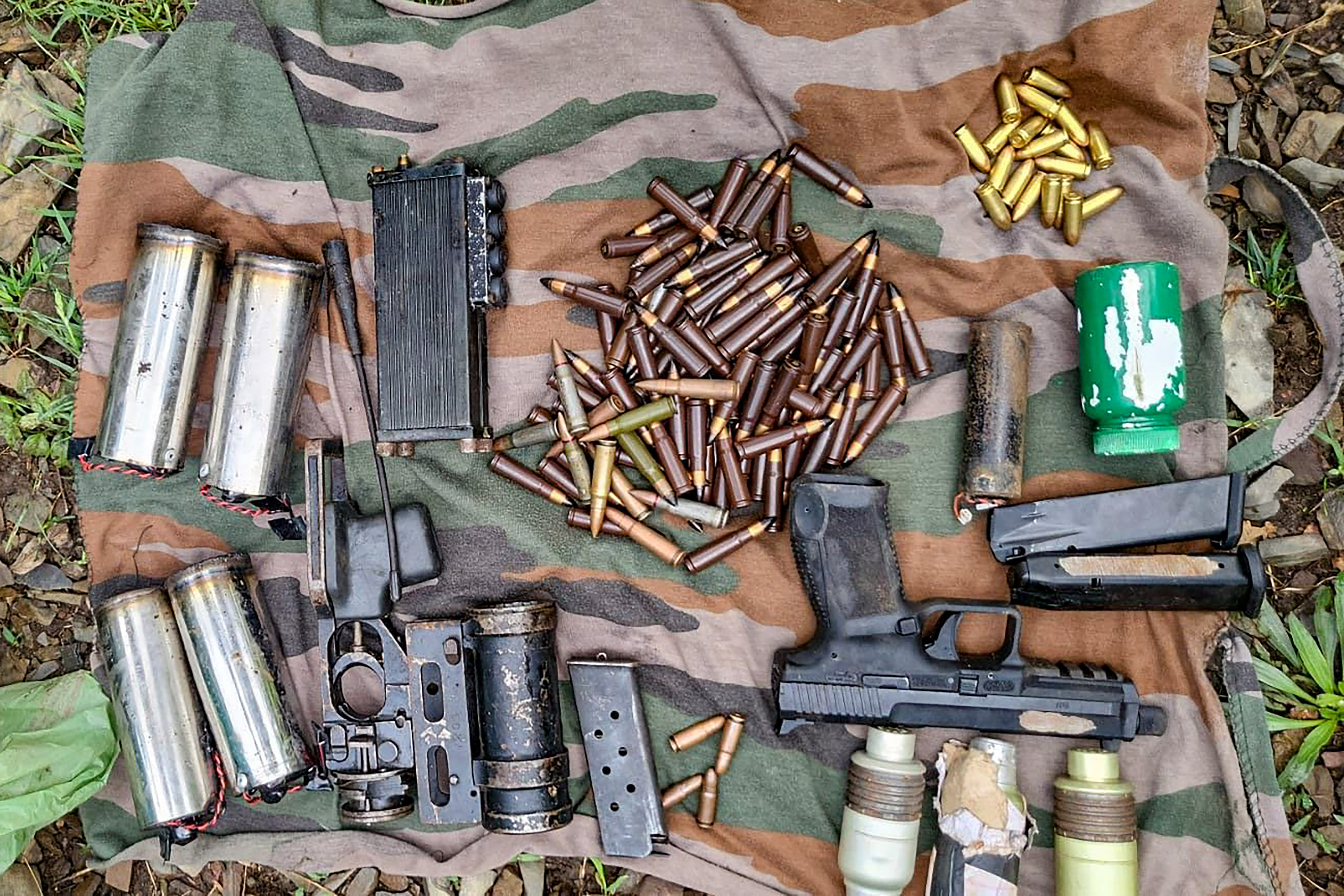 A day after two Lashkar terrorists, Talib Hussain of Rajouri and Faisal Ahmed Dar of Pulwama, were overpowered by residents of Tukson Dhok village in Reasi and handed over to the police, arms and ammunition, including sticky bombs, were found from their hideout in Rajouri today.

After sustained questioning, Talib and Faisal led the police to their hideout in the Draj area of Rajouri where six sticky bombs, a pistol, magazines, an Under-Barrel Grenade Launcher (UBGL), three grenades and 75 rounds of AK-rifle were found. Additional Director-General of Police (Jammu) Mukesh Singh said: “More recoveries have been made on the disclosure of arrested terrorist Talib Hussain.”

Sources in the police said “war-like stores” suggested Talib may have been planning an attack on the Amarnath Yatra. Curiously, the police had on June 28 arrested Talib’s two accomplices — Mohammad Shabir and Mohammad Sadiq — involved in the IED blasts in March and April. They too had told the police of a hideout in Draj from where ammunition was seized. Police sources said Talib collected three consignments of arms from Lamberi and Kalakote in Rajouri in January, March and April, possibly to be used during the Yatra. He had been active in Larkoti, Targain, Jaglanoo and Draj areas before he fled to Reasi. He would provide shelter to Kashmir-based Lashkar terrorists in the Kandi-Budhal area and was trying to revive militancy in Rajouri and Poonch.

As Talib had worked with the IT and social media wing of BJP’s Minority Morcha for some time, the Congress today held a protest, questioning the BJP on the issue. Working president of the J&K Congress Raman Bhalla observed: “Talib’s presence at key BJP events shows how important he was within the party.” The protesters carried Talib’s photos with senior BJP functionaries.

However, BJP spokesperson Abhinav Sharma claimed that information collected from various sources revealed Talib had made a recee of the BJP headquarters and had been keeping watch on the movement of BJP state president Ravinder Raina”. “Talib Hussain was neither a primary nor an active member of the party. He made his entry into the BJP headquarters posing as a journalist,” he explained.

Meanwhile, DGP Dilbag Singh and ADGP Mukesh Singh visited Reasi and appreciated the villagers for their bravery in capturing the two terrorists.