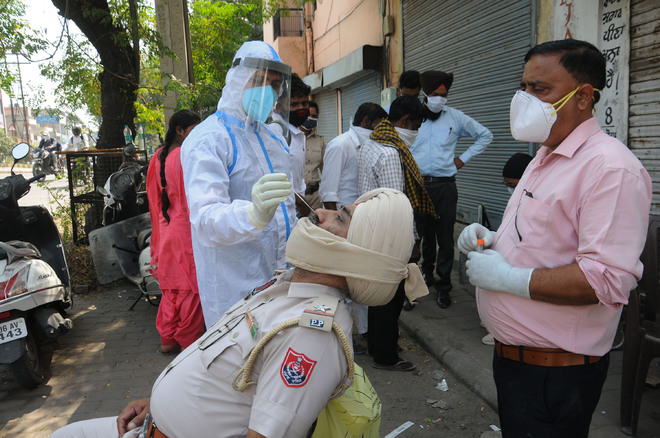 The district recorded around 85 new Covid-19 positive cases on Tuesday. With two more deaths, the toll has risen to 441 in the district.

The total count of people infected with the virus has reached 14,141. The infected people were from areas including Basti Bawa Khel, Ladowali Road, Model Town, Shastri Nagar and Kazi Mandi among others.

Two more patients lost their lives to the contagion, taking the death toll to 189 in the district on Tuesday. Besides, the district reported 29 new persons who tested positive for the virus. Civil Surgeon Dr Jasvir Singh said 2,071 new samples of people having suspected flu-like symptoms had been taken while the number of positive patients had increased to 5,147 with the reports of 29 out of the 1,763 samples returned positive. The total number of samples taken so far is 1,27,667. According to reports received from the lab, the reports of the 1,21,575 samples returned negative and those of 1,468 samples were still awaited and 127 samples were found invalid. The number of active cases is 416 while 4,542 persons have recovered so far.