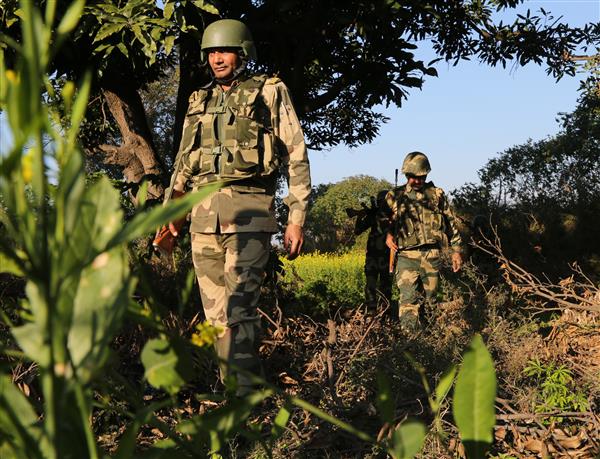 The Punjab Students’ Union held a protest against the BJP government at Lyallpur Khalsa College on Thursday, saying that the government was imposing an unannounced emergency in the state through BSF control.

District president Varjit Kaur and district secretary Ramandeep Kaur said the increase in the jurisdiction of the BSF to arrest, seize and search within 50 km of the area within the border was a clear indication of creating an atmosphere of fear in the state.

They said the prime motive of the party was to make India a Hindu Rashtra. They said the same agenda was driving the black laws and the increase of control of the police and military.

PSU strongly condemned the increased jurisdiction of the BSF in border areas. Student leaders Sonia and Manish said the political predominant influence of the party slipping away in Punjab means militarisation and fear were being used on people. They said to raise voices for protection of historical monuments, a morcha was also held on September 28 at Jallianwala Bagh by the Naujawan Bharat Sabha and the administration had assured a meeting with the CM on October 13 on the issue. But due to Wednesday’s meeting remaining inconclusive, PSU will offer total support to the protest at the Jalliwanwala Bagh on October 22 on the call of the Desh Bahagat Yadgaar Hall.

The Indian Communist Party (Marxist-Leninist) New Democracy also condemned the decision of the BJP government to increase the jurisdiction of the BSF within 50 km of the border areas in the state.

Party’s senior state leader Com Ajmer Singh said the Central Government was constantly snatching away the rights of the state and was attacking the federal structure of the country. He said these policies had reduced states to municipalities. He said the ending of the Section 370, 35-A in J&K against the will of people, arrest of opposition leaders by central investigating agencies without the approval from the state governments, increasing dependency of states on the Centre by increasing financial constraints were all steps taken in these directions. They said in the name of stopping drug peddling from national borders, the ambit and jurisdiction of the BSF had been increased for 50 km inside the borders by raising the scare of infiltration from Pakistan.