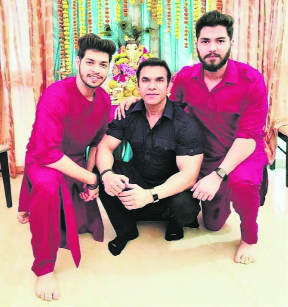 There is a saying that a mother can understand even what her child does not say, but sometimes fathers have to take that position and play the role of both a father as well as a mother for their kids! That’s what actor Rohit Choudhary did for his kids after his wife passed away. Having lost his mother at a very young age, he saw his father doing it as well, and it helped Rohit when he was put into that situation.

Rohit says, “It’s very difficult being a single parent because the house is dependent on a female; they run it, they know things better and play a major role in the house. So, when my wife passed away, I realised there was a lot to do, I had to manage so many things at once. I realised we just earn money, and it’s them who do 90 per cent of the work. But I gave all my time to my kids. I made a schedule keeping in mind their routine, like school timing, games, tuitions, etc. However, I must accept that sometimes when kids get that extra love, care and attention, they become very stubborn; thankfully my kids never behaved like that, and were always good.”