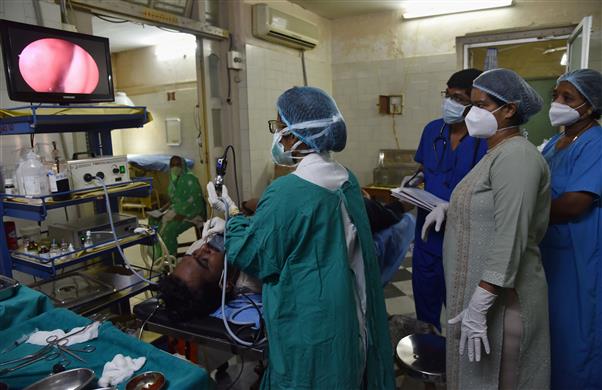 As many as 52 persons tested positive for Covid, while one woman lost her life to the virus in the district today. It is after four months that decreasing graph of positive cases was seen in the district.

The case fatality rate today was 2.39 per cent and recovery rate of Covid-19 patients reached 96.14 per cent. Till now 82,986 patients have recovered from Covid in the district. There are 1,267 active patients in the district.

A total of 52 persons from Ludhiana district and 17 from other states/districts tested positive in the last 24 hours. A 71-year-old woman, belonging to Samrala and admitted at SPS Hospital, succumbed to the disease.

According to the Health Department officials, till date, a total of 15,46,313 samples were taken, out of which the report of 15,46,122 samples have been received. As many as 14,48,452 samples were found negative, while reports of 191 samples are pending. The total number of patients belonging to Ludhiana is 86,317, while 11,353 patients belong to other districts/states. The total number of persons who lost their lives to the virus is 2,064 from Ludhiana and 1,022 from other districts.

Today 9,820 samples of suspected patients were sent for testing and their results are expected shortly.

DC Varinder Kumar Sharma appealed to the residents to adhere to all safety protocols like wearing masks, maintaining social distance and washing hands frequently of the Punjab Government to not only save themselves but keeping everyone around safe. 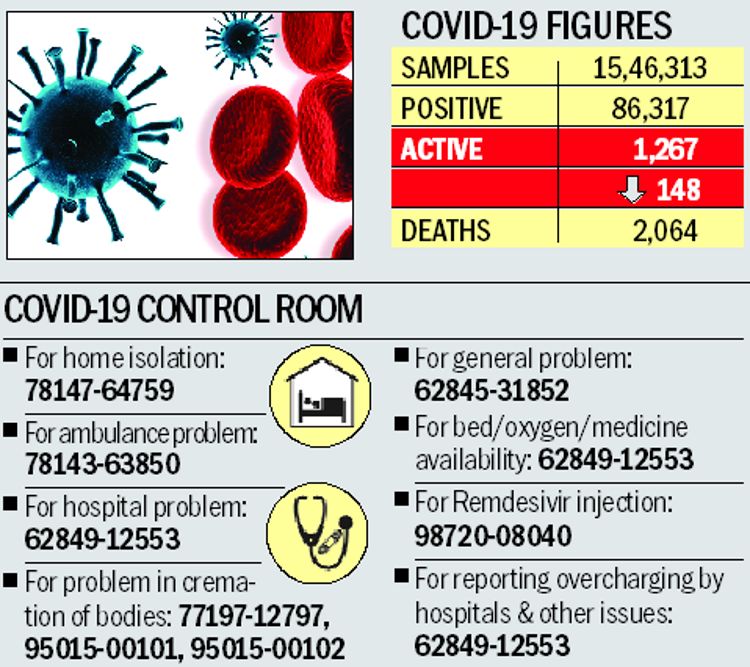