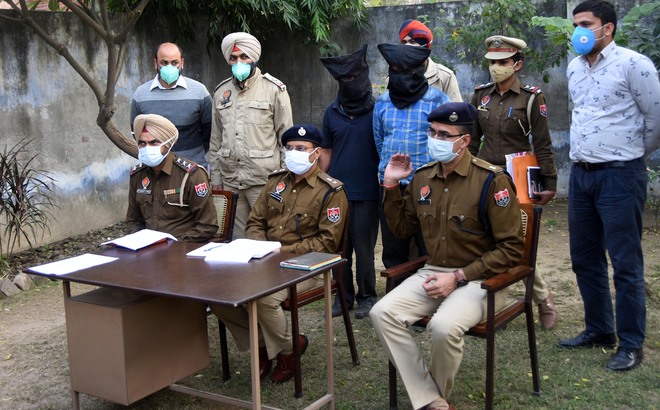 The accused in police custody in Ludhiana. Himanshu Mahajan

The accused were identified as Rishi Raj of Bhagat Singh Colony, an auto-rickshaw driver, and his friend Gurmeet of Sherpur. The police also impounded the auto-rickshaw of Rishi.

The JCP said on November 23, the victim left her in-law’s place and went towards her parent’s house in the Salem Tabri area. Later, she lost her way.

The JCP said the woman did not return home for the whole night and the next day, some unknown person from Ganna village called her father and informed him about the location of the victim. Later, the woman said she was kidnapped by an auto-driver on the night of November 23 and was taken to the house of his friend where the duo raped her. In the wee hours of the next morning, the auto-rickshaw driver dropped her at the Jalandhar bypass and fled the spot.

Meena said to trace the culprits, 300 CCTV cameras were scanned by the police which helped them in tracing the accused.