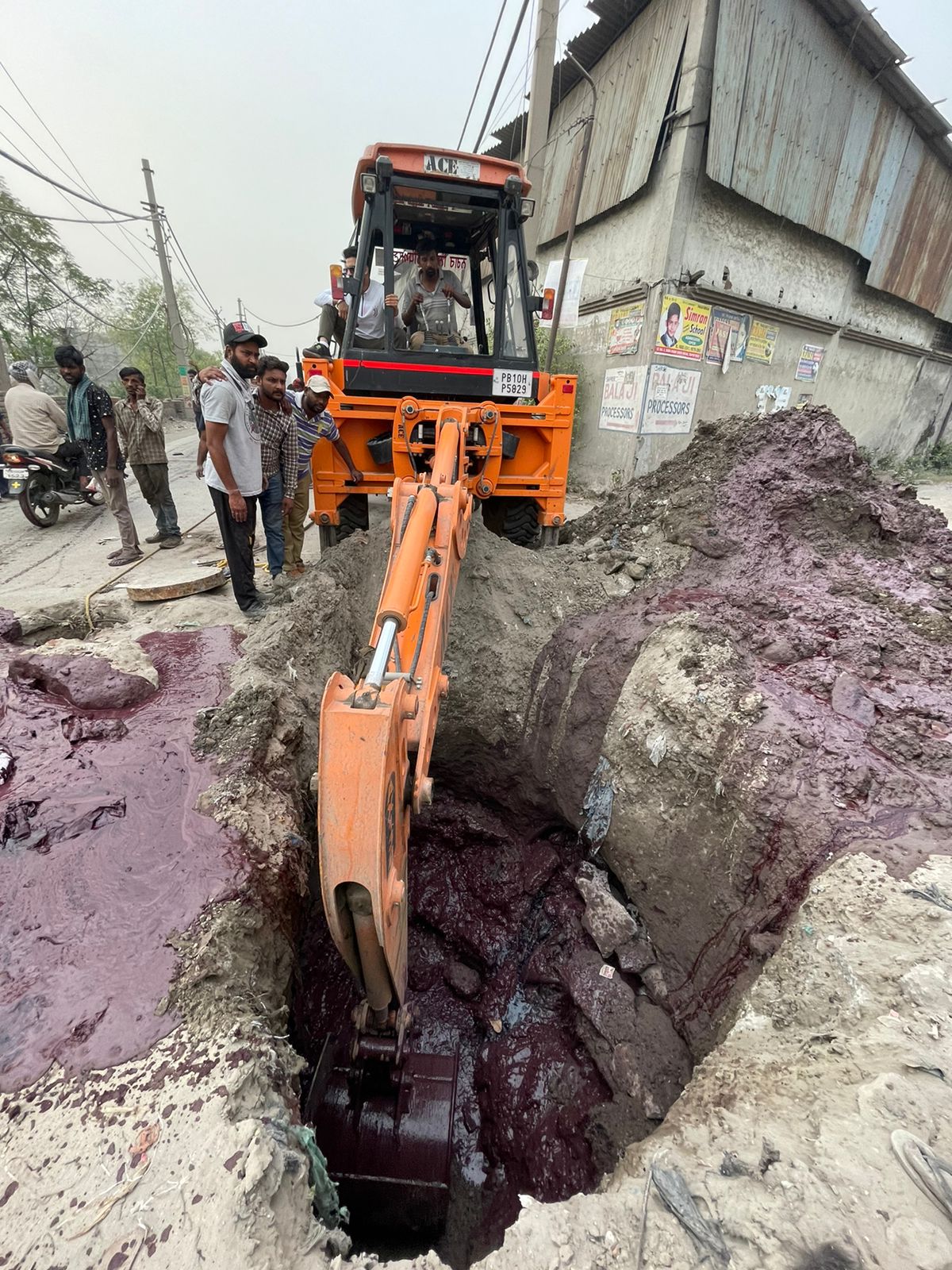 The Municipal Corporation on Friday disconnected illegal connections of 37 dyeing units in the Focal Point and Kakka Road areas for dumping their untreated waste into the civic body’s sewerage lines.

The action came just a day after Municipal Corporation Commissioner Shena Aggarwal directed the officials to check the violations. In a meeting of the Rejuvenation of Buddha Nullah Project, the PPCB had informed that all three common effluent treatment plants (CETPs) had been made functional.

Executive Engineer, MC, Ranbir Singh said the dyeing unit owners had given a false statement before the Punjab Pollution Control Board and MC that they have got their connections linked with CETPs and they are not releasing waste into the MC’s sewerage system.

“When we checked, we found that illegal connections of these units were still linked with the MC’s sewerage lines,” he said.

Ranbir Singh said the MC’s team disconnected a 24-inch CETP line that was illegally connected with the civic body sewer line. Connections of around 30 dyeing units were linked with the illegal connection, he said.

Superintending Engineer, Rajinder Singh said, “We have disconnected connections of seven units as they were not MC consumers. The connections of GNC Dyeing, Shiva Dyeing, Sachi Processer, Shivam Dyeing, Sailopal Dyeing, Rosy Dyeing and Versatile Dyeing at Focal point have been disconnected.”

The Municipal Corporation’s Health Branch and Tehbazari team on Friday took action against an unauthorised fish market at Shivpuri, near Buddha Nullah. An official of the Health Branch, Ashwani Sahota, said the waste from the fish market was being dumped into the Buddha Nullah. “Earlier also, we had issued challans to violators. We took action against the fisht market today,” Sahota added.